Police chiefs from Pearland, Alvin and Friendswood were the featured speakers at the quarterly networking breakfast for the PAF Realtor Network held in Pearland on August 4.

The three chiefs spoke to Realtors from the surrounding areas about crime statistics, prevention programs, and much more. Roberts said that Friendswood City Council has mandated the Friendswood police department to maintain a crime rate of no more than 10 crimes per 1,000 residents.

Friendswood Police Department is in the process of transitioning to a new public safety software which will center on emergency management. Roberts said the software will include pre-planning for any scenario they might face. In the event of an emergency, officers will already have a plan of action at their fingertips.

“These cameras are a great tool to pre-empt and investigate after the crime,” Roberts said.

Pearland Police Chief Johnny Spires talked about many of the community programs Pearland has put in place. Some of the programs he discussed were active shooter programs, Police Explorers, Youth Leadership Academy, and a faith-based outreach program called Impact.

These programs center on forming relationships with community members.

“You can’t build a relationship during a crisis,” Spires said.

Spires noted that Pearland’s crime rate is the lowest it has been in 10 years. The rate is down eight percent from a five-year average.

He said they get about 27,000 calls for service per year. The most common calls are for theft and shoplifting.

“The most common theft is catalytic converters,” Lee said. He explained that because it is so easy to remove them from vehicles, the problem is wide-spread in the Houston area.

Lee also talked about Alvin’s 9-1-1 emergency call center which has a little known benefit – texting an emergency. Realtors at the meeting were surprised to hear that you can text a 9-1-1 call.

Glad to see a post from you! Sounds like you had a very informative networking breakfast with such great speakers. Glad to hear Pearland’s crime rate is the lowest it has been in 10 years.

Rose forget the wonderful post you wrote, I am thrilled to see you back it feels like Years since we connected, Endre 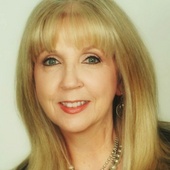