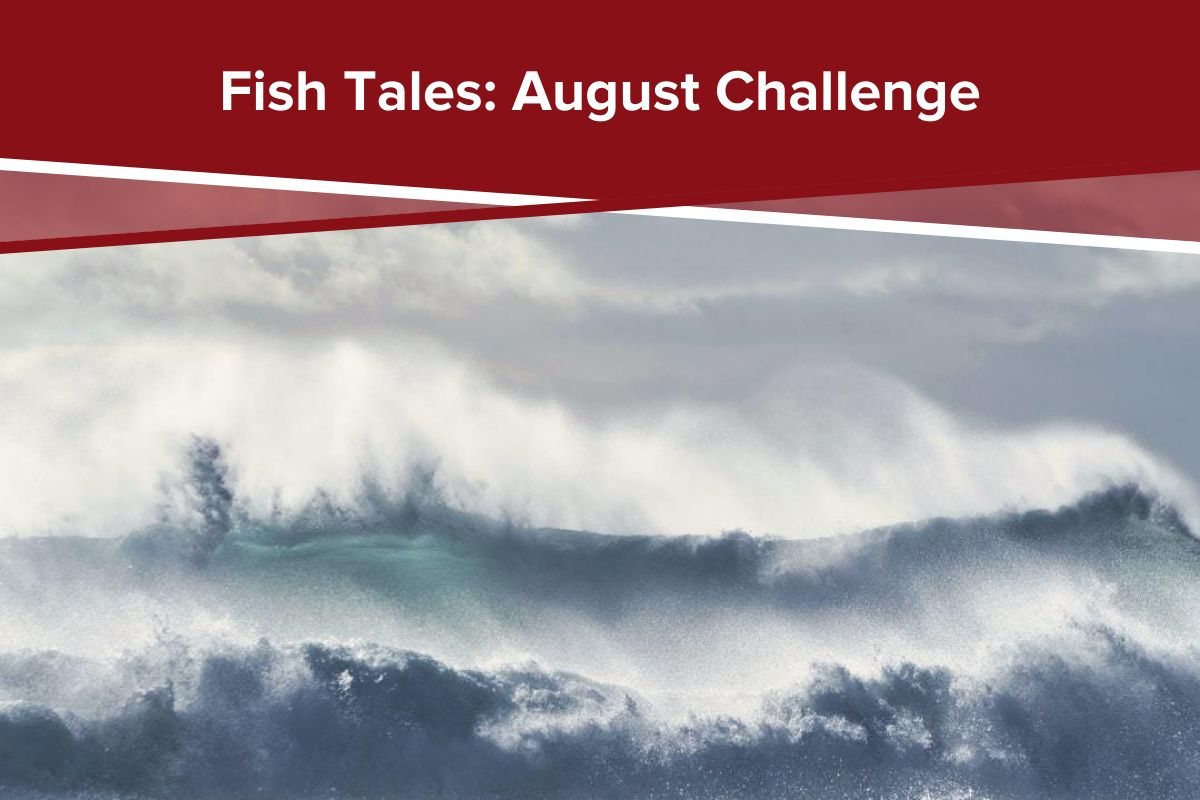 A Fishing Trip Not to be Forgotten

Fishing has never been at the top of my list of things to do but I have gone out on several occasions with family and friends for the interaction.  I have fond memories of fishing on Long Island Sound with my brother and Dad for flat fish, porgies and fluke.

On occasions, Dad's cousin, who had a boat would invite us along for blue fishing. These could be special days as blue fish are a sport fish and do not like to be caught. They will leap and fight like there much larger cousins, marlins. In the sound, most blue fish run between the 3–6-pound range but fight at least 5 times their size.

The fishing trip I vividly remember, however was not on the relatively calm sound, but off the coast of New Jersey.

A friend of mine was constantly after me to go fishing with him on his boat. After saying no several times, I agreed.

His boat was a sound 30 foot Boston Whaler, designed for fishing and he took it seriously. We were in the area of Point Pleasant NJ, just north of Atlantic City.  We got to the dock at 5:30 AM and as it was still early it was hard to predict what the day would have as far as weather. We got our gear onto the boat and started to head out to the Race. After about an hour of sailing, we stopped so that we could set up the lines to do some trolling for blues.

Blue fish have razor sharp teeth, so the lures needed to have stainless steel leaders and then a slight weight and the lure. We were somewhat successful with getting a couple of fish, but he wanted to really make it memorable, he said we would go out a little further and hope for better luck.

So out further into the Atlantic we went, but not so far as to be able to see the coast of Africa.

We fished for a few more hours and the box got full as well as the trash can with empties,

The waves started to get choppy and there were squalls further out, so we pulled in the lines and started to head back to the dock.

We were not very successful in staying ahead of the front, and it started to rain heavy, as well as the size of the waves getting large.

As we were almost 5 miles out it would take a while and the going was rough as were the waves. It was beyond scary as the 30-foot whaler made its way to safety and the waves took us on a ride, up and down. There were times when we would look up to see the top of the wave and it was well beyond what we would consider small.

I can't say how long it took to get in, but we did. I also can't remember if the wetness of the pants was from the salt water or just fear.

Our skipper later admitted that he had never experienced anything like that and was just so grateful that he was able to get us in safely.

It was also the last time I ever went fishing.

A Fishing Trip Not to be Forgotten

Enough for me to hang up the rod Ed Silva

I think a day like that would be the day I said enough is enough as well.

Whoa! That was some fishing expedition experience, Ed. The Bluefish look like mini Tuna. Being in that boat with those waves would give me seasickness! Yikes!

Ed Silva My Mom, Dad, little sister and I used to fish for flukes on the Sound. But only from the beach - my Dad never did convince my sister, Mom or I to get on the boats with him and his buddies! Lauren

Hi Ed- Larry and I experienced something similar and we vowed not to go out again when they were calling for a storm or waves over 4 feet.

When I was a kid I often went deep sea fishing on a party boat with my dad.  I loved it.  I was supposed to be 12 before I could go on the party boat.  However, I begged the skipper and he allowed my first trip at age 11.  I caught Ling Cod, Blue Fish and Yellow Gills.  Here's a picture of me, at the end of my first fishing trip. Wow, that is definitely a scary situation to be in, water is such a powerful force and you are lucky to be alive.

Ed sounds like this was a "Depends" kind of fishing trip ...... LOL

Eileen Burns   That was the last time I went fishing.  It is much safer on a golf course.

Nick Vandekar, 610-203-4543  And it was for me, after that all my outside activities were restricted to dry land

Aura Alex  They fight much harder than tuna and have a distinct blue tint to their scales.

Lauren Williams, CPO, CVPO   Fluke could be caught especially from a bridge or pier but bluefish are further out chasing the schools of bait fish

Kathy Streib   The Atlantic squalls can come up quickly and are not fun.

Myrl Jeffcoat  Those are some big fish you're holding.

Thanks for the recognition

Brian England   it was terrorizing, and we were all very grateful to hit the docks that afternoon.

What a frightening experience to endure. It is pretty easy to see why you "gave up" fishing. Thanks for your entry into this month's contest!

Wow! I do not know if my heart could have taken such a ride.  There is a good chance that would have ended my salt water fishing career.  Thank you for the exhilarating entry!

Ed Silva - I can't even imagine what you actually experienced on that Boston Whaler on that day with the waves that high. It sounds like the making of what could have been a Steven Spielberg movie filled with terror and jaw dropping moments. I would quit and hung up my reel too. However, those fishing expeditions for Blue Fish sound challenge and exciting!