Oh me oh my aren't habits an exciting topic? Especially when it is good habits. Maybe you don't think about your good habits. You just do them and do them daily or weekly and go on with your life not realizing the good habits you have. But it is those bad ones we really need to focus on, giving ourselves thanks for our accomplishments.

As a real estate agent of over 40 years, I had far more good habits than bad because I had a strong passion to work at beating my own record each year. Hand-written personal notes weekly for years I mailed them out. Every 30 days knock on 500 doors. The same 250, and either they got to like me or pretended they liked me so I would go away. But over time I listed and sold 178 of those 250 homes, and had a few hundred other sales outside of that neighborhood because those living there referred me.

My worse habit ever was smoking. From just before I joined the navy until I was about 34 years old. And when I really set my mind to quitting it took two years! That was just something people did, I believe especially in the military.

Another bad one is being overweight. Fortunately, I have never had that problem, just about two years ago, I was about twelve pounds heavier than I had ever been, and one out of 14 pairs of pants fit the others did not. I was determined to not buy larger pants and to lose weight. It was a simple process. Because I knew if I could begin NOW it would be ok but if I gained another ten or twenty-five pounds I would reach the point of no return. I knew it would be far too difficult to turn back.

Now a few months ago I did it again up to 178 highest ever, and I weigh five or six times a week, watch what I eat, cut back on the bread, cut, cut cut, and now I am again back to 168, and want to take it down another five. And we will!

I hope your day is as great as mine. 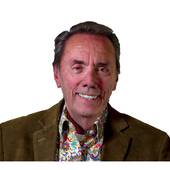