Good Morning on Saturday. A Great Blog to read about your real estate.... And yet, according to some, there is no inflation and yet, the feds will again, hike the rates. The poor decisions being made right now at the top are hurting The American People, Will.

Hope you enjoy the weekend!

The highly anticipated Consumer Price Index (CPI) was reported on Wednesday and showed the headline CPI, which includes energy and food prices, was unchanged or 0.0% on a month-to-month basis, lowering the year over year rate to 8.5%.

Hello Will Hamm thank you for the very valuable detailed market report.

Home buyers and sellers are sure to value your real estate market perspective, Will.

Good morning Will - that is a nice summary of Fed and the economy in easy to understand terms. 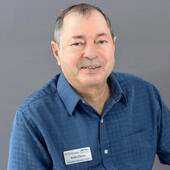