This is such a great message.  Thanks for posting it for us.  I am reposting for others that may have missed it.

Photo by Zdeněk Macháček on Unsplash

From the Ancient Egyptians, Greeks, and Romans to the culturally rich Ancient Chinese, lions symbolized various cultures around the world at different times.

The undisputed King of the Jungle is the lion. One of the strongest animals in the world is not only known for its outer beauty but also its unique character.

The lion exudes absolute power. We have heard many stories: the lion depicts courage, bravery, strength, loyalty, and leadership.

No one dares to confront or provoke the King of the Jungle!

Still, that doesn't mean lions don't experience hardships or challenges. Life in the jungle is never easy, and they know how to get through tough times.

So, let's look at what this impressive animal can teach us.

Don't Be Afraid Of Failure

Did you know that lions fail eight out of ten times while hunting? You probably wouldn't expect this from the King of the Jungle – they also make their fair share of mistakes.

However, once they fail in hunting, they use it to fine-tune their skills. That means they will be able to catch bigger prey in the future.

We should do the same – embrace our failures! In every mistake, there is a learning opportunity.

Lions are an excellent example that setting a goal is the best driving force. Although the majestic animal has just one purpose in life, to survive. To defend their territory, they aren't afraid to face any dangers.

Set a goal (or several) for your life and work toward achieving them. What is integral to fulfilling your quest is making the most of every day—seizing it by its throat and extracting every last drop of joy and purpose!

It is no secret that lions are pack animals. When they go for the kill, they work as a team.

As independent professionals, we are often afraid to ask for help or support. Somehow "asking" has become a lost art! Some believe it may delineate weakness. Don't make this mistake!

Maintaining a good relationship with people around you is crucial for success and happiness.

The lives of lions can be harsh. There is constantly something to be wary of. Still, they don't let everyday challenges spoil their fun. They spend quite some time resting and playing around with their pride members.

Setting aside worries and work responsibilities is not easy, but it is crucial for your well-being. When you are at home, put in the effort to spend time with your family, and those who matter.

Stand Up For Yourself

One of the most important rules of life is choosing your battles wisely. You will never see a lion constantly yelling or whining, and the entire jungle shakes around them with a lion's roar!

Don't waste your time or anger on people and problems that don't deserve your attention. Nonetheless, know when to stand up for yourself.

A strong "yes" to what matters to you most will make it easier to say "no" to all the clutter that may be unimportant. Move forward with your desires without guilt.

Whether in business, or everyday life, once every while, connecting with your "inner lion" is a good thing.

"It's better to be a lion for a day than a sheep all your life." – Elizabeth Kenny

"Whatever you do, do it like a lion, wholeheartedly" – Harsh Tiwari.

This post is from another one of Carol Williams' Goldmine of Inspirations. Thank you, Carol. Groups:
Be Thankful
Dedicated Bloggers
HAPPY AT ACTIVERAIN
The Optimist
We Are Women!

Thank you for the delightful information.  These are all good reminders of excellent ways to navigate life and business.  Have a wonderful week!

Thank you so much for reblogging my post. I am grateful for your gesture.

Good morning Ginger - Aura always has great information or food for thought.  I love her posts.

Great choice for a reblog Ginger😎

I hope you're doing well and business is rockin' for you!

Fantastic re-blog of Aura's, she is an amazing writer and storyteller, Ginger! 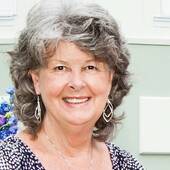