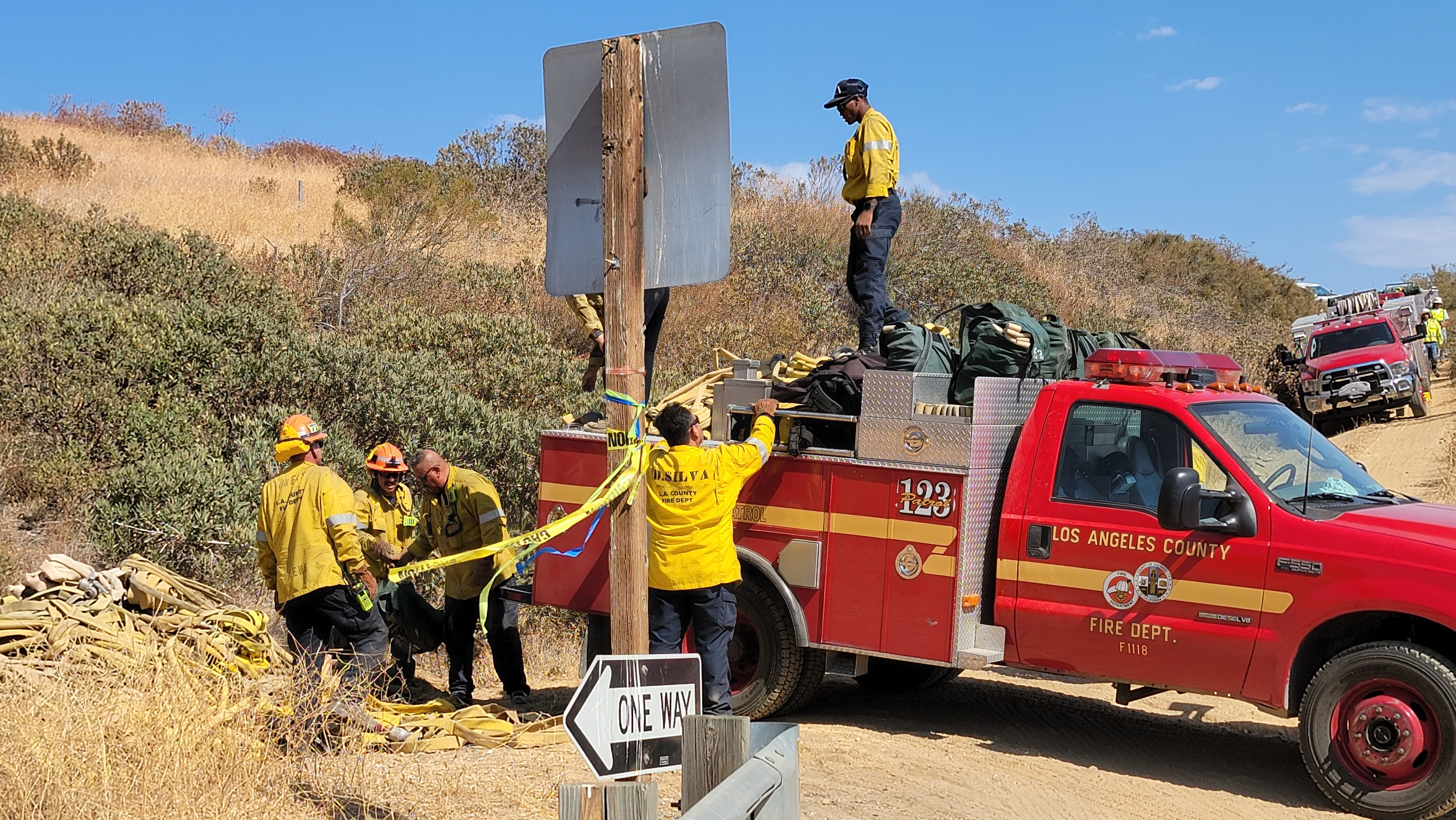 This thank you post is a few days overdue.  I had most of it ready to go when we were sidetracked by what could have been a "fish story" entry.  We were headed home from our week long stay in Oceanside, CA. and stuck in this traffic just entering the aptly named Grapevine. I know not to tempt the Gods, but decided this traffic would be the perfect time to post about our ordeal on Facebook.  It was a BIG MISTAKE!  Shortly after the post to FB and celebrating our good fortunes hitting the end of the bad traffic, the God's intervened.  It turns out that our troubles were just beginning.  We heard a loud bang and radiator fluid burst all over our windshield.  It looked like the creature from the movie, Alien, had just taken a mortal shot to the head.  Our engine temperature shot straight through the roof and we had to pull over! It was over 100 degrees, but we were not worried.  We had AAA.  After two hours waiting for the tow truck, we called the tow truck company that was sitting less than 15 miles away.  They said, "traffic is bad, we are not coming."  We called AAA and they had closed us out.  OUCH!  They promised another tow truck.  It never came.  We were lucky, though.  The  highway patrol stopped and made sure another tow truck was on the way.  The fire department was mopping up after a fire from the day before so they gave us water and Gatorade, thank goodness.  Anyway, about six hours later, we were headed back the way we had came, to Santa Clarita and it was not to visit Magic Mountain.  I may try to stop there next week when I go back to pick up our repaired car.  I love Magic Mountain! That is a long way to what I really wanted to say a few days ago, Thank you for letting me host the August Challenge.  And an even bigger thank you to all those who participated.  I tried to comment on everyone's entries.  Please let me know if I missed any of them.  I know how much work it takes and I definitely want to show my appreciation.

Hosting a challenge for the first time verged on overwhelming, but Margaret Rome Baltimore 410-530-2400 really calmed my nerves and helped to make it a great experience.  Thank you, Margaret!  It also helps to have so many talented writers on ActiveRain that just jump right in and participate whatever the challenge turns out to be.

Thank you to Debe Maxwell, CRS for offering the formal invitation and for the inspiration when I needed it.

I also want to thank my friend, Jeff Dowler, CRS, for having the faith in me to mention me as host for the challenge and for meeting me at Carlsbad Village for a wonderful breakfast. Btw, being stuck on the side of the road was not too bad.  I just kept looking at those firemen thinking, "how do they do it?"  They were working in 100 degree weather in full uniforms, jackets and helmets.  The day before, they were wearing the same and fighting one heck of a fire.  Our issues were just a bump in the road by comparison.  It was God's hand in action teaching us patience and perspective.  The day before, we were enjoying this.  Life is good! Good morning and what an experience.  Glad to read you turned lemons into lemonade though it may have sometimes been quite sour.

It was quite an experience, Leanne Smith and Mary Margaret had suggested we drive my much newer truck.  I should always listen to her! 😉

We lost our power affecting 40 pct residences yesterday for 4 hours. Temerature were just above 100 deg F. Cooled in the restaurant and spent rest at community center which has solar power. This must be 3rd power outage this year. Well, one more hot day and will be back to 90s.

One more day of suffering extended. 101 deg F.  Then cooling will commence.  I think there is a hurricane coming to Southern CA and Baja C.

I am sorry to hear that Sam Shueh.  It is amazing we have those problems in this country.  We have plenty of alternatives to take care of our needs.  It is one of the reasons that we are leaving the state.  I really do hope that the power outages are done for you.

Thank you very much, Roy Kelley.  I hope you are doing well!

Oh my what a story Raymond. I like all the photos you have included too, and a meeting with an A/R member is always an outstanding time!

It was quite a day, Lawrence "Larry" & Sheila Agranoff. Cell: 631-805-4400, but the week was well worth it.  We had a great time at Legoland and the beach.  It was a real pleasure to meet Jeff for breakfast too.  He is a gracious host and Carlsbad Village is a cool place to visit!

Glad you are home safe Ray Henson car trouble is not fun. Meeting Jeff Dowler, CRS is something I have never done in person only virtually, but I feel as if I truly know him.  Sorry I did not enter I was staycationing all summer time to get back in the swing.

Hi Ray you did an absolutely great job of hosting your first contest! GREAT JOB!  And I'm glad you came to a different point of view of being stuck and saw the enormity of what those firemen do, day in and day out.  I hope if that ever happens to me I'll see it the same way with your example.

Those darn traffic jams are hard on car engines in the heat. Glad you and Mary Margaret are safe now.

Hi Hannah Williams and thank you!

I understand about needing a staycationing.  I hope it was an enjoyable time for you.  There is always the next challenge.  😃

Thank you, Anna Banana Kruchten CRS, Phoenix Broker.  I hope the challenge was a good experience for everyone.  It was fun to read everybody's entries.

I have to say that I had an experience with AAA not too long ago that took a similar amount of time to get help so when we pulled over, I just thought, I am not going to let it get to me.

Thank you, Carol Williams.  I sure appreciate the kind words.  We are safe and doing well.  We will be driving back to Santa Clarita to pick up our car Saturday or Monday and I think it will be much cooler and a more enjoyable ride.

Thanks again for playing host to August's challenge, Ray. Glad you were able to get help, get hydrated and arrive home safely, on the upside, you had breakfast with Jeff!

The upside really did outweigh the downside, Wanda Kubat-Nerdin - Wanda Can! It was fun to meet Jeff in person and we had a great time in Oceanside for a week.  I could feel my blood pressure go down 5 minutes after being on the beach!  I hope you are doing well!

Just got back from a 3-day UAR Convention in Park City, Utah. Had a few take-a-ways!

I will look for your blog posts for your take-a-ways Wanda Kubat-Nerdin - Wanda Can! I know they will be good ones.

Thank you Ginger Harper.  I appreciate you stopping by and have a great weekend!

What a great story. I am truly impressed by your attitude throughout and will remember this the next time I am stuck along side the road. Good luck with your challenge and cheers cvc

Good morning Curtis Van Carter.  My attitude depends on the day, but I had just been on a great trip and wanted to make sure my wife didn't get too down.  Thank you for stopping by and I hope you are doing well!

Aloha Ray Henson, my condolences and congratulations. I had a similar experience on the Continent where the radiator hose burst and I was caught in the AAA devils polygon, where I was passed from one tow truck service to the next. It seemed my location (the middle of nowhere) was just out of their service area and that I would need to call another number.

After an hour on the phone, having called seven companies, all with the same response, I was given yet another number to call and low and behold it was the very first number that I had dialed. This was just a fraction of the difficulties that day, the trip should have taken about four hours but ended up being a grueling sixteen. I was cursed by the travel gods but unbelievably blessed that I was able to get home in one piece. 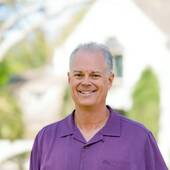