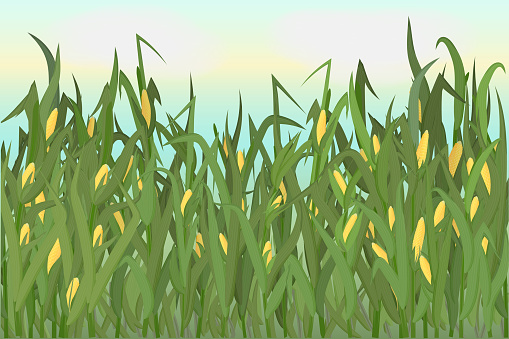 This month Eileen Burns and Kathy Streib are hosting the ActiveRain challenge for September titled Crazy Real Estate Agent Stories - September Challenge.  For this challenge we are challenged to tell a story about the craziest situation we have been a part of during our career in Real Estate.

I Can't Believe They Did That!

I have been in the Real Estate business since 2004 but definitely one of my craziest days in Real Estate happened back in 2010. At that time I was listing and selling lots of short sales and bank owned properties (REO's) I was also doing a lot of broker price opinions (BPO's) for banks and asset management companies.  The Broker Price Opinions were pretty simple in most cases.  A lot of the time it was just a drive by of the property.  I would take the required exterior photos then go back to the office and pull up the comparables and enter all the information.

This particular BPO was in September of 2010.  It was for a small ranchette in Hilmar Ca.  Hilmar is a pretty small town in rural Central California.  There is a lot of open farm land surrounding the town.  In September in this part of California there is a lot of corn being grown.  So I was out in farm country with fields of corn all around me.  The only addresses I could see were on the mailboxes along the road.  This was in the days before GPS on our smart phones.  (Don't think I even had a smart phone then)

I was driving slowly watching the addresses when I realized I must have passed the property.  I retraced my route I did see what looked like an unfinished garage without the garage doors.  There was also what looked like a well on the property.  But that was it.  I thought maybe the bank was mistaken and this was just an empty lot.  So I took a few photos and headed back to the office. When I got to the office I searched on Googlemaps for the property.  And there in the photo on Googlemaps was the house.  Up on blocks with the house moving truck in front of it and the garage that I had seen in the background. (I wish I still had the map photo) Now this was back in the days when homes were getting foreclosed on all over the place. It wasn't uncommon for the previous owner to gut the house on the way out. I had seen lots of homes with missing bathroom fixtures, missing appliances and even kitchen cabinets removed.  BUT THIS WAS THE FIRST TIME I HAD SEEN SOMEONE TAKE THE WHOLE HOUSE!

I let the bank know what I found and they put the BPO on hold and that was the last I ever heard from them about this property.

Tags:
i cant believe they did that
wheres the house

That confirms my advice to always look at a home or have someone else look at it in person before making an offer. You cannot smell the pictures, but having the house come up missing would be another reason. Cool story!

Oh wow! I've seen houses destroyed but I've never had one go MIA. I second the comments: your story takes the cake Jim Patton. I'm just glad that this wasn't a sale and not a surprise you (didn't) find after the settlement table!

Laura Cerrano who knows why banks do the things they do?

Sam Shueh Thanks for stopping by.

Aura Alex  I saw a lot of that too.

Debra Leisek it was quite the experience.

Dorte Engel never skip that final walk through.  If the house is still there that is.

Wow, that is pretty amazing, what it must have cost to move the house, makes you wonder why they didn't pay the mortgage. I wonder where the house ended up?

I have to say that is quite a story. Wonder what ultimately happened?!

I never heard anything else from the bank Jeff Dowler, CRS.  I wonder about too from time to time.

I grew we need to redefine the term moving day.

That's one I've never heard of! Like you, I've seen appliances and light fixtures stripped from property, but the whole house has never gone missing, until your recount! We really do have some crazy real estate stories.

I remember when they took different parts of the house, but I've never seen them take the whole house.  That's a good one!

Peter Mohylsky I guess if you move that way you don't have to box anything up.  Just leave it where it is and move the house.

Pat Starnes-Front Gate Realty I hadn't seen it either and have not seen it since.

Elyse Berman, PA it was a first (and last) for me too!

Pretty clever by the owner. Wonder where he ended up? I've seen house moving projects. It's a big slow process.

Scott Seaton Jr. Bourbonnais Kankakee IL Home Inspector there is a lot of open farm land in the area so it could still be out there somewhere.

Jim, yes the BPO days did you get listings from it? Or just made a lot of small money with it? Endre

Endre Barath, Jr. I did get REO listings from doing BPO's.

Haha! Things that happen in real estate get to the point where you really can't make stuff up. Hilarious story, Jim, that takes the cake and everything else of value!

Hi Wanda Kubat-Nerdin - Wanda Can! I was famous around the office for a while.

Hey lets just give you credit for finding the place at all!

Thanks Sharon Tara It did take me a bit of time to find the place.