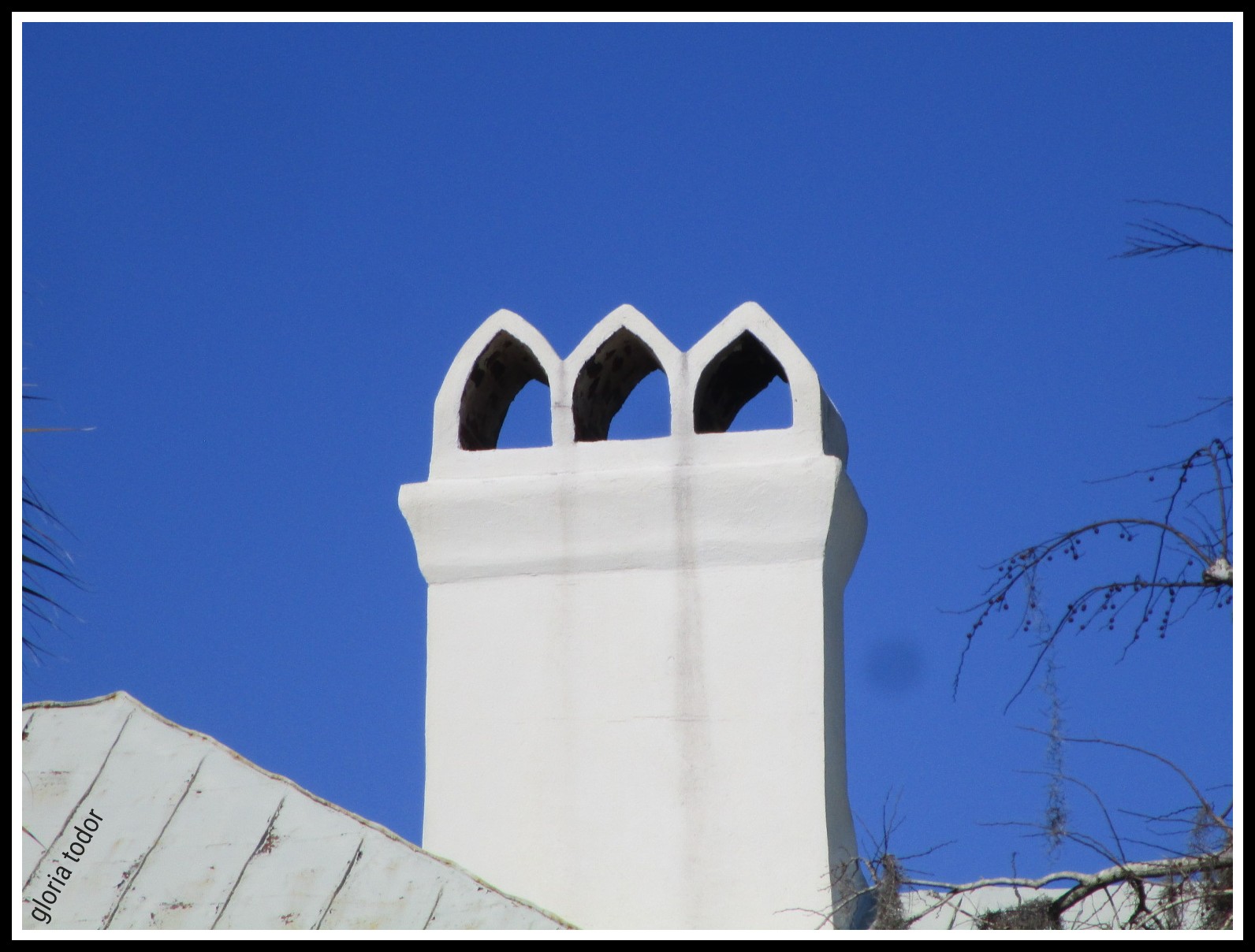 Most houses have a visible chimney.

Those that do not, will have some sort of pipe sticking out of the roof or a wall on the side of the house.

Chimneys stand higher than most roofs and are very necessary even if a house does not have a fireplace.

Chimneys serve a major function in the health of a house.  They are the exit route, to the outside, for the noxious by products from a working furnace or water heater. This keeps the interior of a house free from the potentially deadly emissions given off of the fuel your heating system uses - natural gas, oil, coal, wood - they all give off a byproduct when burned to warm your home.

To ensure a chimney will have a longer life, it is best that there is a chimney cap to prevent rain/snow/moisture from doing damage to the interior of a chimney. Also it is a good idea to have a cap to keep birds and other critters out, which prevents them from making a cozy nest inside a chimney.

Until I became a homeowner, I never really thought much about chimneys. I just looked at them as part of any house. Yes, I understood about fireplaces having a chimney, but I did not correlate a chimney with a furnace.