Waking up to pricing for long term mortgage rates this morning is like waking up with the worst hangover.  Yesterday we saw the Feds again raise their Fund Rate by .75%. They toyed with a full point increase, but settled on 3/4 point.

The experts I subscribe to imagined an 80% chance long term mortgage pricing would be better today. It was quite the opposite.

I feel like I've said it a million times. When the Feds raise their Funds Rate it does not mean long term mortgage rates go up the same. Sometimes we see long term rates improve on the announcement.

So far today the reaction is not better pricing, it is worse pricing. The reaction is due to fear in the markets. Fear that the Feds don't have a grasp on inflation. Powell mentioned housing is in need of a correction; will that drive down prices?   Fear that folks might opt for adjustable rates which dampens the appetite for mortgage backed securities.  Investors hang on every word. Today the investor's fear is producing ugly results.

The message I am hearing is BUCKLE UP!

The takeaway from yesterday's announcement is unless you are independently wealthy you'll want to evaluate your budget. You'll want at least 3 to 6 months of expenses on hand.  Have some kind of emergency fund. Prepare for continued increases in the Federal Funds Rate. Prepare for that to affect jobs, living expenses, basically almost everything.

INFLATION!   Too many dollars chasing too few goods.

So many factors make this inflationary period different. Long term rates were low for a very long time which drove up house prices which in turn caused a housing shortage.  The covid pandemic caused intense shortages of labor and materials. With China operating at a zero covid tolerance, it seems they are forever shutting down provinces hampering material deliveries.  Many came out of the pandemic in decent financial shape due to the government payments. Some still have funds to spend, driving up demand.  As these situations continued so did inflation.

How do the Feds use the Funds Rate to fight inflation?

When folks start tightening belts it spreads across the spectrum of  the economy. Less demand means fewer jobs. We'll start to see unemployment rise, producers will stop having to pay higher wages or they'll cut staff,  thus reducing costs in the long run while bringing supply into balance with demand.

The method the Feds are using to control inflation should have the desired result of lower inflation, but it will be at the peril of many who can ill afford it.  Thus if one has not already done so, now is the time to make a plan. Buckle up, be prepared to weather the storm.

The one positive is long term rates are reactive to new data every single day.  Some day we'll see escalating rates halt. In the meantime, buckle up.

Great information.  Thanks for sharing and enjoy your week! 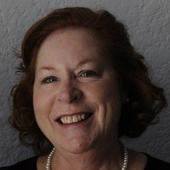