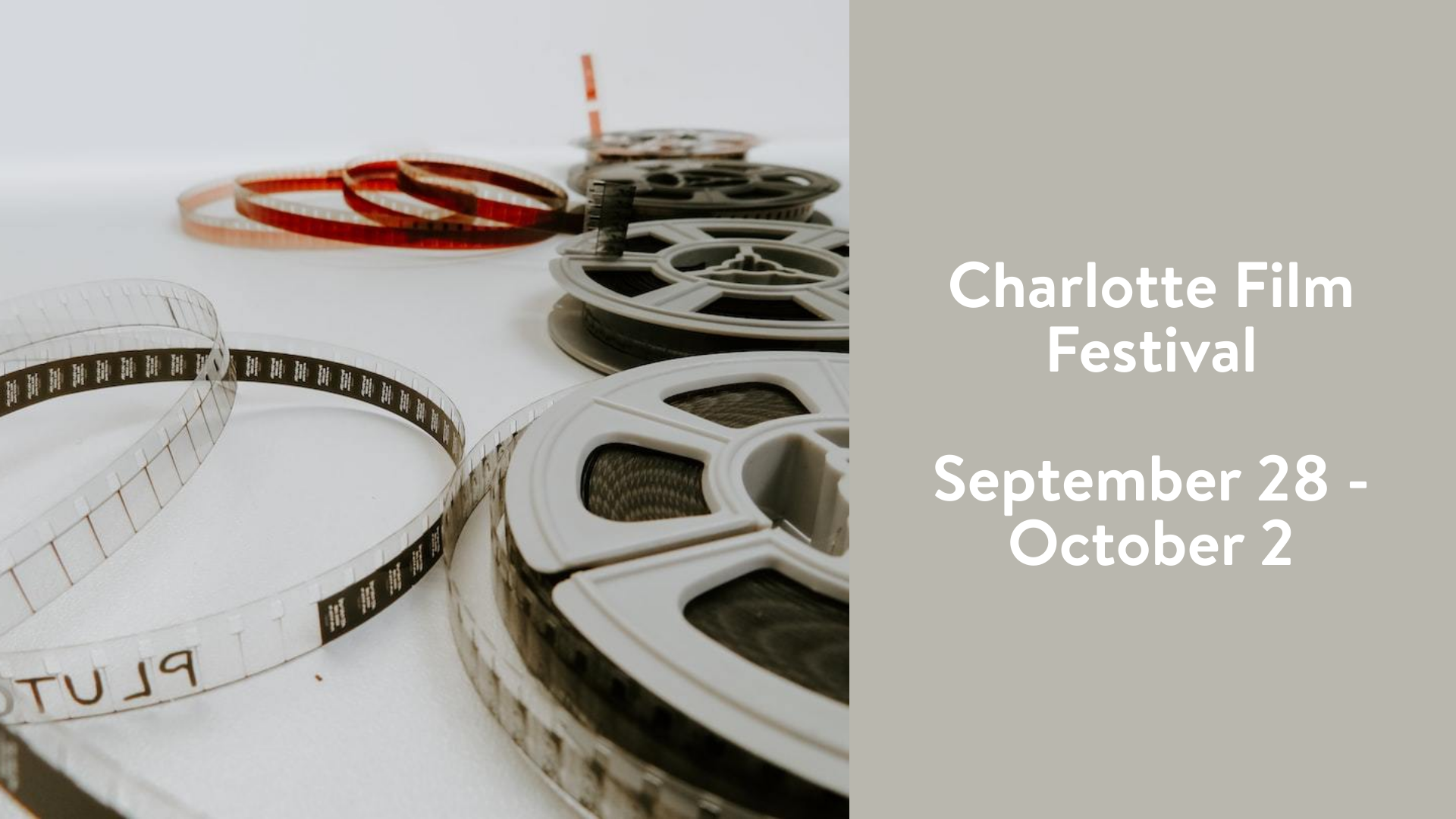 Something In The Dirt: Trailer

Tickets: can be purchased as single tickets or in packs of five and ten tickets. Five tickets cost $45; a 10-pack of tickets costs $55. To purchase tickets for the 2022 Charlotte Film Festival, click here.

Two additional films scheduled during the Charlotte Film Festival this week include:

For a full schedule of films during the 2022 Charlotte Film Festival, click here.

This is timely information to share with area residents.

I didn’t realize that Charlotte had it’s own film festival. Thank you for sharing Nina. 🙂

Hi Nina- I agree with you...if you can't find something to do in Charlotte...you're not looking. Often the independent films are the most interesting.

Nina, sounds like a great way for the family to get out and do something for fun!

I checked out the lineup.  It looks like you have a good variety of movies to enjoy!

Wayne Martin hi Wayne... my husband and I went to see Elvis on Labor Day weekend when movie tickets were $3. But that was the first time I'd been in a movie theatre in well over three years.

Ed Silva wouldn't that be nice, Ed... another feather in Charlotte's hat if that happens.

Bill Salvatore - East Valley happy Taco Tuesday to you, Bill. No tacos for me today... Siberian dumplings are on our menu today.

Brian England hi Brian... that's a great observation. Most people don't think of Charlotte as place for film festivals and yet we've had one for 16 years now. I think it's an event that's not all that well know here.

Patricia Feager, MBA, CRS, GRI,MRP hi Patricia... I'm not seeing reluctance here in the Charlotte area to get out and enjoy all kinds of festivals, indoors or outdoors. I've been getting out myself for a year now.

Will Hamm hi Will... I see the occasional person in a store with a mask these days, but for the most part... people have gone back to life as we knew it pre-pandemic.

Hi Roy... thanks for popping by today... trust you've had a terrific Tuesday thus far.

Paul S. Henderson, REALTOR®, CRS hi Paul... I think a lot of Charlotteans are amazed to find out we have an annual film festival for 16 years now. And that doesn't include the annual Jewish Film Festival, which also offers a great selection of movies.

Kathy Streib hi Kathy... I used to go and see foreign and independent films at a theatre here in Ballantyne about 3 miles away from my home. Since the theatre was sold, I don't get out to see these films that often. This film festival is at the other end of town for me so it takes a lot of thinking about whether I want to include a bunch of travel time.

Joan Cox hi Joan... there really are so many things to do in the Charlotte area... it's hard to keep up with all the offerings.

Sheri Sperry - MCNE® hi Sheri... it's rare that I see anything in the major movie theatres that I really want to see... but I found a number of films here that would get my attention quickly.

Nina I am not much for film fests, but my wife would love it if there was one around here.

George Souto good morning, George... my husband and I have totally divergent views on what makes for a good movie... so he and I rarely go together. I'd be delighted to attend a film fest with your wife if she were closer.

Nina having lived in the Film Capital of the world I had to smile at your post on a side note I missed this post and a couple others the last couple days:)Endre

Endre Barath, Jr. good morning, Endre... I keep telling people that Charlotte has most everything the big "capitals of the world" have... just on a smaller scale.