Hurricane and huracan are more than words. It is a word with a story and always headline news and a hashtag on twitter. My first experience with a hurricane was growing up in Connecticut in 1954 when I learned storms have names and this one was HurricaneCarol. We lived with my grandparents in an apartment building in New Britain, Connecticut.  I remember watching the rain and listening to the wind from the 2nd floor window of my grandparents flat. I remember listening to the radio until the lights and power went out. No one in my extended family had a camera, or a car for that matter. We walked everywhere or took a bus. What I remember most clearly was going outside with my father after the rain had finally stopped. I remember lots of tree branches, and trees and wires on the ground. I remember him suddenly lifting me off the ground when I got close to a fallen wire. Later, I learned from the radio how fortunate we were because no one in my family died and our home was safe. Perhaps it was then, I knew that someday, I did not want to live where hurricanes lived too.  Although in my past work in advertising as a photographer, I often found myself during hurricane season in Florida or in the Caribbean. Fortunately, I was always able to get out in time, even if it was on the last plane from the island.

Moving forward to today, perhaps like many, I follow the headlines, stories and images and the twitter hashtags of trending #hurricaneian. Initially for some reason, all the words were in Spanish! By accident, my eyes were scrolling through the tweets and images on #huricanian. Well, this is how I began to wonder about the origin of these two words --- hurricane and huracan. I have known their destruction meaning for years but never their history.

Here is what I learned from both my Merrian Webster dictionary, Google and some books on my shelf about Mayan history.

The word hurricane is a Taino Native word "hurakan" with meanings of God of Storm or evil spirit of the wind. The Taino indigenous people were Arawakan speakers who migrated to the Caribbean islands and Puerto Rico before Columbus. The Mayans combined this God into one of storm, wind and fire. By the time the Spanish explorers began to occupy South America, the word became spoken and evolved in the Spanish name --- huracan --- and into our American English word as hurricane. As early as 1954, the United States decided to name the storms, initially with female names (hmm...) and then by 1978 they included male names.

BTW Hurricane Emily 2005 is still the only Category 5 Hurricane not to have the name retired. I think I have a letter to write...

I've outrun a tornado and lived in Pensacola FL when they had some pretty hellacious storms..they are not fun and would just as soon not encounter them again!

Like you my experience with both a hurricane and tornado keeps me well aware of weather. Dorie Dillard Austin TX how long were you in Pensacola?

I had no idea you were from CT. I lived in Bridgeport went to HS in Fairfield and bought a house in Waterbury when I came back from the military:)Endre

Endre Barath, Jr. yes, another Connecticut Yankee. We are in small world here in the Rain. I lived in New Britain, HS in Plainville and went West soon after, then East then West again.

Hello Emily - words and events can send me on a rabbit hole search.  I remember when finding the answer sent me to an encyclopedia or a book of some kind.  Like weather, information and everything else in everyday life, "change" happens.

Emily Medvec - one of my favorite quotes comes from comedian Steven Wright:  Curiosity killed the cat but for a while, I was a suspect.  This is not meant to offend feline lovers but thinking of these words and his droll delivery style is laugh-worthy for me.  😃

Michael Jacobs we have a similar DNA strand...curiosity!

I enjoyed reading the results of your research into this, very interesting stuff for sure!

Brian England These days I would rather research after being in one. I am still heart broken by the communities in Florida experiencing so much pain and destruction.

Lamborghini makes a very expensive sports car called Huracan which is capable of high performance. I wondered where they came up with that name. Your post has answered that question.

Hi John Juarez. I discovered that as well along with a video game and decided to stick to name's beginning. Thanks for adding to the story!

Enjoyed your blog page, and I added you as a friend. I would love the follow back. Bill

Bill Salvatore - East Valley I did a couple of days ago. Thank you for being here.

That's very interesting, Emily.  I use to work with a lady that called them "huricans."  I thought it was only because she was giving hurricanes her southern accent.  I did not know the history behind it.

Interesting. I have yet to hear it spoken...other than on twitter.

CONGRATULATIONS Emily, on having this blog FEATURED in the Old Farts Club group!

Myrl Jeffcoat what amazing news this morning. You can see I am just now catching up so kindly forgive me. I look forward to learning more from this fine group!

Thanks Emily Medvec for sharing this background info.  Activerain members always share such good information I would never have thought to look up before.  Love it

Emily Medvec - Who knew? I did not know any of this. Your opening line got my attention. Then when I read your background from Connecticut and that wicked hurricane that your family encountered in 1954 my eyes about bugged out. I'm convinced back in the 1950's and 60's many people weren't very bright. I think that is why I also have a need to research further on interesting topics that peaks my interest. Also interesting about your childhood beginnings is that you didn't have a car and you walked everywhere or took the bus. That's how it was for my mom, myself, and my sisters. My dad had a car but it was always in the garage. I don't even know if he took the bus or drove the car to work??? That's something I never thought about. That incident about going outside with your dad and he picked you up because of downed wires tells me he was above average when it came to intellect. I had neighbors with five kids. With the exception of the oldest boy, all the girls played with me and my four sisters. There was an electric storm and the power went out. For whatever reason my friend's father decided to climb the electric pole to make the electricity go back on is beyond my comprehension. Needless to say, my mother told us our friend's father was electrocuted because he climbed the pole, but as a 8 or 9 year old kid, I had no idea what that meant or what the word electrocuted meant either. I think I was a teenager the first time I learned to beware of fallen wires during tornado season or electrical storms. Crazy!

Emily, the origin of the word hurricane is also news to me. I just looked up the definition and it doesn't elaborate like you just educated me! I think it's awful that lots of information has been withheld from the public. I hate to sound stupid, but I don't recall Hurricane Emily in 2005 either and I was a REALTOR at the time. Out of curiosity, I checked to see if there was a Hurricane Patricia and that was big newsflash to me, because I was unaware Hurricane Patricia in 2015 was one of the worst hurricanes in history and the name Patricia was retired! WOW! I'm going to have to follow your blog posts more carefully and get educated in areas that I don't know. Thanks, Emily. 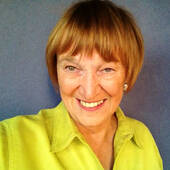