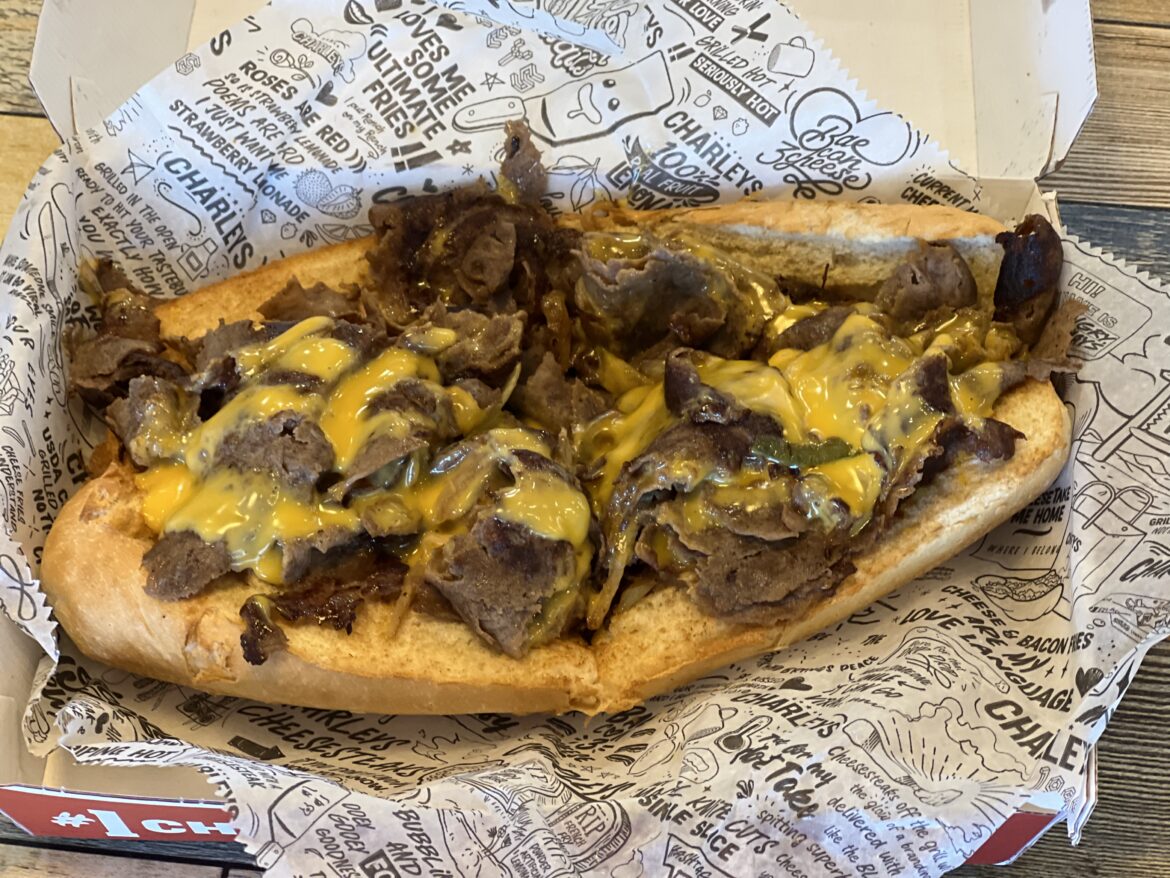 Charleys Cheesesteaks & Wings is now open at 405 N Frederick Ave, in the location that was recently home to Teriyaki Express. The new Charleys restaurant is located in the shopping center anchored by Megamart and FedEx Office. We’re told there are no plans at this time to close the nearby Lakeforest location.

Charley’s now has over 600 stores nationwide. Newer locations have adopted a new menu concept, offering chicken wings and ice cream in addition to its Philly cheesesteaks. “Tossed-to-order, the wings are made with 10 chef-inspired flavors ranging from Angry Ghost and Nashville Hot to milder options like Zesty Lemon-Lime Rub and Sweet Teriyaki.”

Charley’s Cheesesteaks and Wings is also coming to 19877 Century Blvd in Germantown sometime in 2023. It will be taking over the location that was previously home to Roll by Goodyear and Yogi Castle in the Shops at Town Center & Century Station shopping center. Charleys Cheesesteaks will be opening a location inside of the Germantown Walmart (20910 Frederick Rd), in the space formerly occupied by McDonald’s. I can't read your Blogs at lunch time.  Now I am starving. Happy Friday. This is an excellent post with great information. Thanks for sharing it. Have a super fantastic weekend! Bill Salvatore with AEP

Roy, boy that looks good, have you tried their cheesesteak sandwiches yet?   I remember going with Gita in Philly for one.

That looks delicious!  I think we have a Charley's in the East Valley but I am not sure if it is the same chain or not.

That looks yummy, Roy.  I'm sure Charley's Cheesesteaks will be popular in your community.

Hello Roy looks great but I make mine with white American cheese on them.  I have had cheesesteaks parties in the past and got meet from same butcher my dad got all his meat from and he ship it out in dry ice.