SAN FRANCISCO – Did the Federal Reserve make a historic blunder by not starting to raise interest rates early last year to fight inflation? And if so, how bad a mistake was it?

Not so bad, according to a paper by the Federal Reserve Bank of San Francisco released Tuesday.

In the study, the San Francisco Fed argues if the U.S. central bank had acted in early 2021, inflation would be about a percentage point lower than it is today, but unemployment would be 2 percentage points higher.

“The main effect of earlier action by the (Fed’s policymaking committee) would have been slightly lower inflation at the cost of a substantially higher unemployment rate,” Regis Barnichon, a senior research adviser at the San Francisco Fed, wrote in the study.

The Fed, the paper says, likely would have raised rates just moderately because it would have been mindful of its “dual mandate” to achieve both price stability and maximum employment, especially as the nation was still emerging from the deep recession triggered by the COVID-19 pandemic.

The San Francisco Fed, along with the 11 other regional Fed banks, operate independently but under the Federal Reserve’s supervision.

Fed officials have been widely criticized for calling the inflation surge “transitory” for much of last year, contending it was caused by pandemic-related supply chain bottlenecks that soon would ease. As a result, they kept the Fed’s key short-term interest rate near zero to spur economic activity and lower unemployment, which peaked at 14.7% in April 2020 and still stood at an elevated 6.2% in early 2021.

Inflation, meanwhile, was starting to creep up, with a core measure – which excludes food and energy items – rising from 1% in July 2020 to 2.3% in March 2021 before peaking at 6.2% this past February.

Since the Fed was assailed for being behind the curve, it’s now hiking rates too sharply to tame inflation, according to many economists, and likely tipping the economy into recession by next year. The Fed has hoisted the federal funds rate by 3 percentage points in 2022 after its third straight hike of three-quarters of a point in September. It expects the rate to close out 2022 at about 4.4%.

“They’re going from one extreme to the other,” says Joseph LaVorgna, chief economist of SMBC Nikko Securities.

The Fed hasn’t been the only target of criticism for the price surge. Republicans, among some top economists, also blame President Joe Biden’s $2trillion American Rescue Plan in early 2021 for distributing big checks to households, which goosed consumer spending and further strained supply chains.

Yet the San Francisco Fed paper addresses only the Fed’s role in the episode.

Barnichon argues that even if the Fed could foresee the current price spike, it likely would have raised its federal funds rate by about a percentage point immediately and another percentage point by early 2022, leaving the rate at about 2% early this year instead of near zero.

Under that scenario, Barnichon writes, core PCE inflation now would be about 4.8% – still well above the Fed’s 2% target – instead of the current 5.8% while unemployment would be about 5.5% rather than today’s 3.5%, which matches a 50-year low.

In other words, inflation would be less virulent at the cost of fewer people working and a weaker economy.

“The Fed was too slow to begin raising the federal funds rate” and that was partly responsible for raising consumers’ inflation expectations, which in turn led to sharper wage growth and inflation, Zandi says.

But, he adds, “it’s inappropriate to be overly critical of the Fed’s slow response, given the heightened uncertainties caused by the pandemic and the Russian invasion of Ukraine. It’s easy to be a Monday morning quarterback.”

If the Fed has acted sooner, the federal funds rate would be a half to three-quarters of a point lower by early next year than currently forecast, Zandi estimates.

LaVorgna disagrees, saying, “When the emergency is over, you take away emergency policy,” adding that’s what the Fed historically has done.

By doing so, he argues, the Fed may only have had to boost its key rate to about 2.5% by now and then paused. A more temperate rise in interest rates could have made for more stable financial markets and avoided perhaps about half of this year’s 24% plunge in the S&P 500 index, LaVorgna reckons.

He also disputes that unemployment would be notably higher than today’s 3.5% and believes inflation would be more than a percentage point lower, though he wouldn’t be more specific.

In his paper, Barnichon says that economic models during the current period are highly uncertain.

You deserve professional real estate service! You obtain the best results with Teri Isner plus you benefit from her marketing skills, experience and ability to network with other REALTORS®. Your job gets done pleasantly and efficiently.  You are able to make important decisions easily with fast, accurate information from Teri. The Orlando Avenue Top Team handles the details and follow-up that are important to the success of your transaction.

Get Orlando Daily News delivered to your inbox! Subscribe here!

You have a nice large blog today. Have a great time. You can visit my Blog and comment... CPI is the highest in years and continues to rise.  This administration and the FEDS were definitely behind in reigning in inflation and continue to spend billions of dollars.

Great Post and although a little long filled with so much valuable information.  Thank you for sharing here in the Rsin!  Have a fabulous wekend! 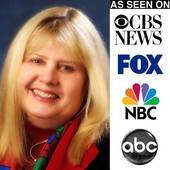