But even without bots, Twitter might not be the digital town square its prospective owner sees in it. The platform’s 238 million daily active users are a long shot from the billion plus people using Facebook and Instagram on a daily basis and even looking at its reach among social media users shows that Twitter shouldn’t be mistaken for the real world. While Twitter users do like to debate “matters vital to the future of humanity” as well as every other matter, the platform’s users represent a relatively small but very opinionated fraction of humanity, making it the digital debate club rather than the town square.

According to Statista’s Global Consumer Survey, just three in ten social media users in the U.S. regularly use Twitter, with the platform’s reach even smaller in major European markets such as France and Germany. 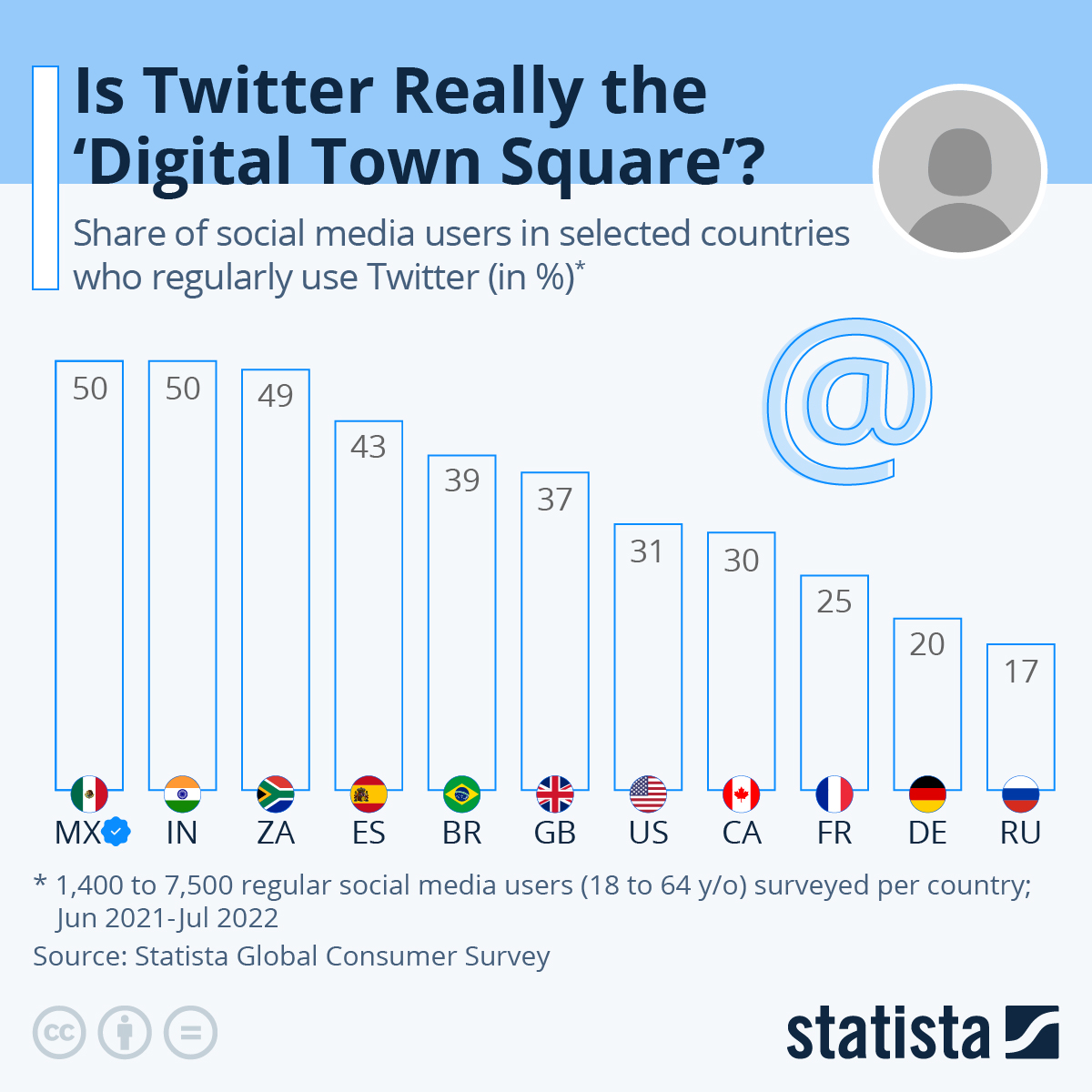 Well it seems as of today (or was it yesterday) Elon Musk is the New Owner!  Alot of unhappy people and many happy.  For me, I can take it or leave it.  I do post on there but it's not my main source!