If you are waiting on #OrlandoRealEstate prices to collapse, keep waiting. This is not the 2008 recession. A lot of buyers in 2004-2006 were speculating on the rapid rise in real estate prices to flip properties. The increases were further fueled by crazy financing such as 105% financing with no documentation needed. Our crazy increases over the past couple of years have been dominated by actual 'home' buyers and long term cash investors from what I have seen.

When the market began cooling in 2006 there were about 6,000 lis pendens filed in Orange County, and that number grew to over 27,000 by 2008, when prices finally started to decline. By the time 2011 rolled around, about 75% of all listings for sale were distressed properties. Lis pendens is the initial filing that foreclosure action may be taken against a property owner. Florida is a judicial state as it pertains to foreclosures, so it can take a couple of years for a foreclosure to even go through.

Compare these filings with filings so far in 2022. There have only been 1,553 lis pendens filed so far this year. There are about 2,300 homes available for sale in Orange County right now, and only 30 properties are listed on the multiple listing service as distressed properties. Distressed properties are, foreclosures, REO, short sales and auction listings.

Yes, interest rates are higher than they have been for a very long time, but they are actually closer to historic averages. You may have lost considerable purchasing power compared to just six months ago, but Florida is continuing to grow in population, and demand for properties remains fairly strong. We will likely see a slight decline in property values, but I just do not see a 2008 price collapse coming. Skyrocketing prices and rents could further erode your purchasing power while you wait for a major price correction, that may not come.

Families on the move will appreciate your local real estate reports.   Have a great Taco Tuesday and sell a house. Bill 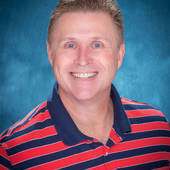