Inflation has been in the news and on the minds of just about everyone throughout the past year. Now there’s a new concern emerging – the possibility of a recession.

For some, the term recession evokes concern. You may be questioning what this will mean for your finances and for the economy as a whole. For others, this might be your first time living through the possibility of a recession and you may not know what to expect.

First, it’s important to understand exactly what a recession is and how it’s measured. With that perspective, we will also cover how it typically affects mortgage interest rates, and what it means for the overall housing market.

What is an Economic Recession?

Economists evaluate many parts of the economy when assessing whether or not we’re officially in a recession. They look at spending by both businesses and consumers, how the job market is performing, manufacturing, and changes in income.

A recession is commonly measured by a decline in a country’s gross domestic product (GDP) over two consecutive quarters. GDP is the total dollar value of all goods and services made in a country during a given time period, in this case, a calendar quarter.

More practically, a recession is a large, widespread, and continued period of economic downturn. This often includes decreases in production, retail sales, and eventually payrolls, in the form of restructuring or reductions in staff. Thus, a recession may also be accompanied by an increased unemployment rate.

What Happens to Mortgage Interest Rates During a Recession?

Now that you understand how a recession is measured and an overview of what to expect during one, the next question you’ll have as a potential homebuyer is how a recession will affect your ability to get a mortgage.

When there’s an economic slowdown, like a recession, the Federal Reserve usually lowers its rates to encourage more borrowing to stimulate or jumpstart economic activity.

For that reason, and because there’s almost always lower demand in the housing market during a recession, interest rates tend to drop until economic recovery is in sight.

How A Recession Can Be a Good Opportunity for Buyers

If you’ve followed real estate trends, you’ve probably heard of buyer’s and seller’s markets. A recession is usually regarded as a buyer’s market, because there are more houses on the market than buyers, paired with lower interest rates.

While this scenario is generally good news for buyers, prolonged recession concerns can make many buyers shy away from following through with their home purchase because of the perceived economic uncertainty. Buyers in these conditions often wonder what will happen if things get worse or if they lose their job and can’t afford their new mortgage.

It comes down to how much risk you are comfortable with. You should consider the stability of your employment, the home value trends where you’re buying, and if you’re likely to need to move in the short term. These will help you gauge whether or not you should take advantage of the lower interest rates and sale prices you’re likely to find during a recession.

How Long do Recessions Usually Last?

Finally, let’s take a look at answering the question almost all of us find ourselves asking when times are tough – how long will this drag on?

Just like everything in life, recessions don’t go on forever. And, luckily for all of us, just about everyone is focused on overcoming the economic woes of recessions and getting to the other side.

In reviewing economic data on recessions, you’ll find that the average length is about 15 months for economic downturns since 1900. For context, The Great Depression lasted 43 months, and the Great Recession lasted 18 months. And if we limit that time period to the last 75 years, the average shrinks to only ten months.

So, while the circumstances of each recession are unique, you might find comfort in knowing that our periods of economic growth over the last century have far outpaced the periods of contraction.

No one likes to predict or be in a recession. Still, it is important to understand what it means and how it can affect your personal financial decisions, like buying a home.

You have a Great Day as well!

I love this post, and I love the stats and numbers. I did not have them, and I love stats.

Thank you for sharing all of this worthwhile information!  You did a great job.  Have a wonderful week and upcoming weekend!

Thanks, inflation is is a concern that we have to. 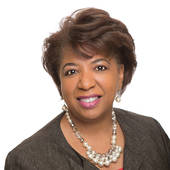