We have a huge week coming up. The Fed is meeting and will announce policy changes on November 2nd. The market is expecting a 75bp hike. We also get unemployment numbers on Friday.

This past year I've been talking about a rally for midterm elections and I believe it was sparked last week. I expected it to begin sooner, but last month's poor CPI report put a damper on things. I try not to make short-term predictions and instead rely on the long-term narrative. However, whenever there is political power to be gained (or lost) one can expect some level of manipulation to occur.

The Fed leaked out that they will most likely do a 50 bp hike in December and the markets rejoiced - igniting the rally we are currently in. I predict that the Fed will use dovish language and may begin to signal a pivot this week. The markets will rejoice and people will be happy as they head to the polls.
If this happens, don't believe everything the Fed says. I can see them backtracking on their dovish language once elections are over and the fight against inflation resumes. I do not think we have seen max pain yet.

The unemployment rate on Friday will also be very telling as to what the Fed does. CPI and unemployment numbers have been the cornerstone data figures that the Fed has relied on for its policy decisions.

Chart Check (See ABOVE)Let's take a look at the 10yr US Treasury. This chart essentially mirrors the activity for mortgage rates. What has gotten markets excited is the fact that it broke a 3-month support line.

We should see the 10yr fall to previous resistance levels, bringing in lower rates for the midterm election rally. Without a true Fed pivot (not just with what Powell happens to say this week), expect this to be short-lived.That's it for this week. But I have big news coming about a move in my future. As always, please reach out anytime with questions, comments, debatable topics, etc. I'm always here to assist. 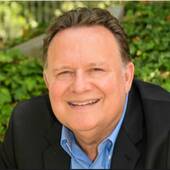