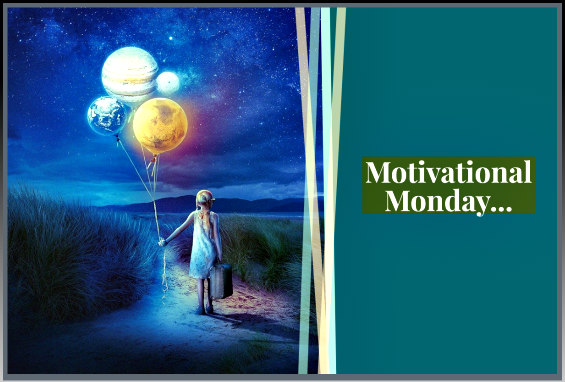 Motivational Monday…Back to the Basics

Many years ago when I staffed companies in Houston there were times when the phone wasn’t ringing. If it was an election year, I could count on a temporary freeze on new hires.

When oil prices were down, it impacted not just oil & gas companies but other businesses as well. There were even times when my contacts in hiring started contacting me for a job! And sometimes, it was just me, or what I was or wasn’t doing.

Fortunately for me, I was trained by the largest staffing company (at the time) in  Houston. An emphasis was placed on procedures and the basics of recruiting and developing a client base of companies. My expertise was in getting new clients, which included the major O&G companies as well as smaller independent operators.

During the best of times, it was all I could do to fill the positions that were open. But when markets shifted or the phone calls slowed down, the one thing I could count on was Going Back to the Basics.

That meant heading to my Rolodex (yes…it was that long ago) and calling all of my contacts.

It meant ramping up efforts to learn what I could about every company in Houston or ones that were planning a move here.

It also meant talking to others in businesses to learn their thoughts on Houston’s economy and what was ahead.

It meant calling previous applicants to see if they knew anyone who was thinking of making a move. Whether you’re an agent, lender, home inspector, or not even in real estate, and things begin to slow down, consider going back to the things that got you where you are.

Pick up the phone

Get out and meet people

Jumpstart what you’re doing by returning to what got you there in the first place.  Tune it up if you need to…assess what may no longer work or what needs tweaking. Update your technology!

If you miss the beginning, the basics,

then you are destined to go back and visit the basics.
Buck Brannaman

Getting back to basics is the simplest way
to find calm in the chaos.

Good morning, Kathy... keeping the basics are part of one's ongoing routine is what keeps the business humming.

Nina Hollander, Broker i agree. The foundations work for a reason!!

Thank you very much, Kathy, for sharing some of your personal experience and advice.

Roy Kelley thank you and hello to Chef Dolores

Getting back to the basics will always give a business a much-needed jumpstart that is why it is so important to have solid fundamentals in place.

I agree Brian England When you begin with a good foundation it's easier to return to the basics.

Hi Kathy - what you are saying fits in perfectly with my post today.  Part of goal setting or goal review is getting back to basics.

Grant Schneider I'll head over to your post!  When you have a good foundation, it's a lot easier to handle the bumps in the road. I know that in 2008 , the agents I met who'd been trained well and knew about having procedures in place  were better able to make the adjustment s they needed.

Kathy you are so right.  Get out and meet people is the key.  Have a wonderful Monday and sell a house. Bill

Bill Salvatore - East Valley This is especially important with so many people working from home.

Hello Kathy - this is more evidence that shift continues to happen.

Michael Jacobs at least, to me, it seems like a slow shift.

Keeping the basics in mind is the foundation for success in any industry.  Then being flexible to shift to the existing market is much easier.

Leanne Smith I totally agree with you. Start with a good foundation.

Hello Kathy and basics are so important and we al need to remember that at all time.

Will Hamm I agree. And when the market is slow or down, go back to the basics.

Hi Kathy,
The tools of the basics may change (like no more Rolodex), but the premise behind them never does.

This is great advice.  I, too, worked in the staffing industry and could tell when we were heading into a downturn.  My area of concentration was warehouse and distribution.  To this day, I see the effects of the two-year cycle of elections and how real estate slows down during that time.  For some, it may not be as noticeable because of the seasonal shift, but it is definitely there!

It is time to get back to basics.  Rick and I have already been talking about how to change up our marketing plan for 2023.

Sheri Sperry - MCNE® I loved being in the staffing business. I think the hardest thing for us was to get applicants to go to downtown Houston.

This is always the case. I often wonder why agents seem to shy away from business because it gets a little hard. Silly really.

Jeffrey DiMuria 321.223.6253 Waves Realty in 2008 I remember meeting agents who came off of the years when all you had to do was show up and the house sold. When the  market shifted to bank-owned and foreclosures, many of them just kept doing what they'd been doing and getting nowhere.

Kathy we can't go wrong by sticking to what has been proven to work NO MATTER how old and basic it is.

George Souto the basics have been around for so long for a good reason.

I like the story and it is a great example and lesson to all of us when things slow down to keep doing what we know works. Working our relationships.

Nick Vandekar, 610-203-4543 I think that's where many people make their mistakes. They become so busy with work, that they forget to keep up with their past clients and Sphere of influence.

Yes, the tried and true work methods that continue to make a difference, especially in a changing/challenging market. I enjoyed today's motivational post, Kathy, thank you for sharing!

I had to smile at the mention of your rolodex, Kathy.  Interestingly enough, this morning I came across my little recipe box, that had index cards inside with client data.

Kathy you are so right sometimes it is good to go back to basics, funny today I had four calls from someone in England... timing in life I was always on the phone.... no message left... should I call back Hmm not sure if I want to deal with someone who cannot leave a message, Endre

Excellent advice, Kathy. I have no doubt you were well trained. Sometimes I prefer old school methods...they always come in handy.

Right on! Some as our industry as shifted from paper to screen communication, we forget there is still a simple way to stay in touch...write a note, make a call etc. IMO back to basics means do something more human! Congrats on the feature!