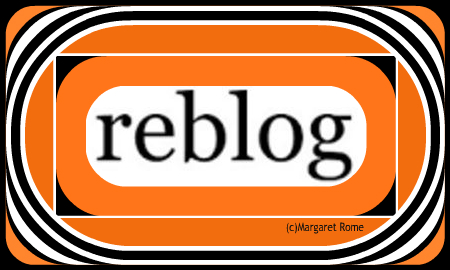 I've decided to reblog one of my older posts...how old? It is from 2010, when I was using a Palm device. Yes, many of us have been blogging for a long time. Below is a post that might help others. Keep your post in draft until you are ready to publish, and don't forget to take it out of the draft mode.

I must Have Done Something Wrong! Not One Comment!

My Posts are Always Written in Draft mode, and I remind newer bloggers to do the same.

While in the DRAFT mode, I can work on them in between listings, sales, appointments, phone calls, settlements, and other trivial things! That's what a Broker's life is all about.

My usual time for making these posts live is after midnight. Then I have the next day to respond.

Recently one of my posts went from draft mode to public mode from my cell phone. The next morning, I check emails on my Palm Pre, plugged in at my bedside. This gives me extra time before actually getting up for the day.

Unusual, but there were no comments on the new post. Being on ActiveRain from the beginning (#845, that's me), I have some followers. There is one someone from the 191,000 + members that make at least one comment! But on this particular morning, ZERO! I Must Have Done Something Wrong! Not One Comment! Nada!

Did I say something offensive? Did I hurt someone's feelings? Did I commit a faux pas? Oh, I hope not! Guess it was just too early, and no one was up yet. I started reading blogs and commenting on others that I found of interest. Hours went by. I waited, and I waited some more. Still no comments. OK, so what's up? Have I lost touch?

Rechecking this early morning post...I discovered it was still in DRAFT! All of you seasoned bloggers already figured that one out, right? Well, duh... no wonder there were no comments! Quickly hit the Public mode button, and within four minutes, there were two comments. Nine minutes later, another three trickled in throughout the day.

I must have Done Something Wrong! Not One Comment!

Always write your posts in DRAFT! Always remember to take them OUT of DRAFT!

Hi Margaret, as with your old re-blog there is nothing like a BLAST FROM THE PAST. Some things even get better with age as with Re-Re-Remeber by Sha Na Na. Jeff

Thanks! Now I have that song in my head for the day! 🙃

Margaret, that is a funny story.  I haven't done that on ActiveRain.  However, I have written emails, and texts, and neglected to hit the send button.

That's why I write 'DRAFT' in the title in hopes that won't happen again.

CONGRATULATIONS Margaret, on having this blog FEATURED in the Old Farts Club group!

Hi Margaret- I think I've done that once. I've also accidentally published something that I was not yet ready to publish and had to quickly unpublish it!!!

Kathy Streib I'm shocked that could also happen to you! 🙃

To funny Margaret!  I think many of us remember 'those' days......was that another life time?  It must have been!  LOL

Good thing we have the older posts to remember this stuff. 🙃

Hello Margaret Rome Baltimore 410-530-2400 in a few occasions, I accidentally published post then delete the posts. It can happen to anyone.

John Pusa It happens to the best of us. Good to see you.

Margaret those days.... now with that said I also find when little or no interaction is on a post it is because I have not commented on other AR members post so it is a bit of a Tit for Tat... you support me I support you... just my two cents, Endre

Good morning Margaret - right.  I have been there and done that too.  I thought I published it.

Thanks for the re-blog (and giggle), Margaret... for me this was a "new" post. Personally, I've never forgotten to hit the publish button, but I have had posts not publish when they were set to automatically do so.

Nina Hollander, Broker Glad you got a giggle.

Good morning Margaret. I remember once wondering why I had no comments on a post that I had worked in in the draft mode. Instead of posting it, I deleted it by accident. Lesson learned and not so funny. Enjoy your day.

Well the "draft" mode certainly would result in no comments! Good reminder for us to double check that we've actually published a post!

Kat Palmiotti Maybe this post will save one someone the trouble.

Margaret Rome Baltimore 410-530-2400 - in my early days of blogging here in the rain I had that similar feeling ... but it was not because the post was in draft mode 🤣

Can you hear me smiling? KathleenKathleen Daniels, Probate & Trust Specialist

Thanks for the feature!

at least you didn't commit an accidental faux pas! lol better to just be in draft mode

Lise Howe Are you speaking from experience?

Good thing I have lots of points!!!

Hello Margaret - many AR discoveries might be made while searching the draft section.

Michael Jacobs, I have quite a few forgotten posts in my drafts.

Just a bit disappointing, but glad you have plenty of points already.