Home > Blogs > Aura Alex > My Blog is about sharing my story and experience!
bookmark_border 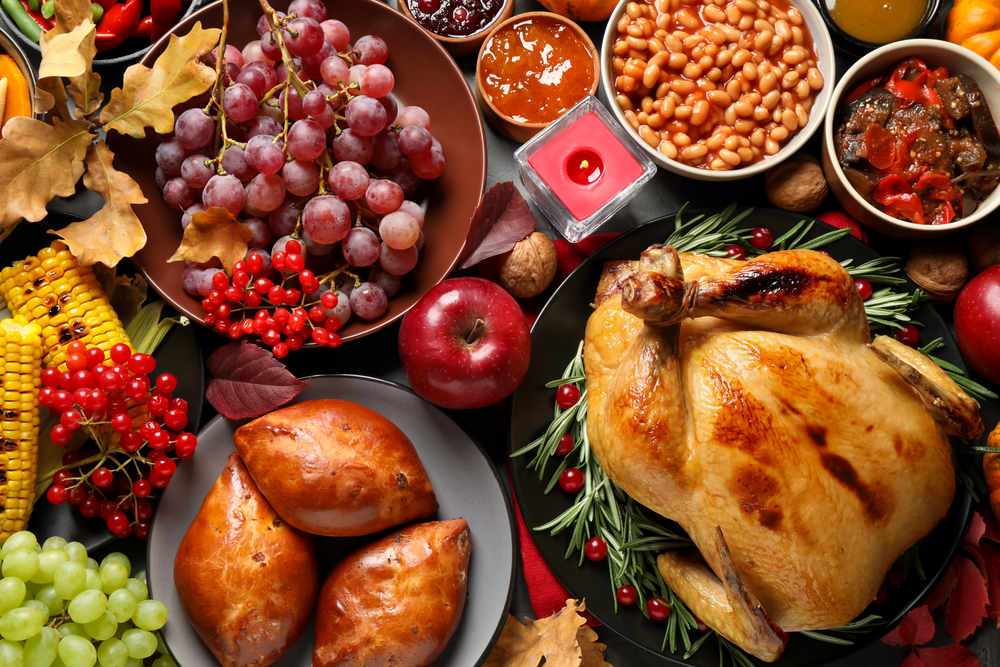 "I am grateful for what I am and have. My Thanksgiving is perpetual." - Henry David Thoreau.

Most of us remember learning about the first Thanksgiving in 1621 between the Pilgrims and the Wampanoag Native Americans. All joined together to conciliate over a table piled with food. Indeed, the turkey must have been on the table, too, right?

Contrary to popular belief, there's no evidence that turkey was present at the first Thanksgiving feast! The wild turkeys prevalent in Massachusetts at the time were tricky to catch and not very tasty.

So, how did this humble bird become an integral part of Thanksgiving?

It dates back to an American writer named Sarah Josepha Hale. Born in 1788 in New Hampshire, Sarah Hale was a popular editor and a trendsetter in fashion, cooking, and literature. She's the same woman who wrote the famous nursery rhyme: "Mary Had a Little Lamb!"

She's acclaimed to be the only reason Thanksgiving has a turkey at its center today, so much so that she's called the "Godmother of Thanksgiving."

Ms. Hale was infatuated with establishing Thanksgiving as a national holiday. She often wrote about Thanksgiving's power to unify the nation, instill moral values, and predicate religious meanings.

For 17 years, Ms. Hale advocated for Thanksgiving to become a national holiday and wrote to five presidents, including Abraham Lincoln!

Her letter to Abraham Lincoln led to the creation of our nation's beloved holiday. And in 1863, the very same year Hale wrote the letter, Lincoln invited all Americans to celebrate the last Thursday of November as Thanksgiving.

But, unfortunately for Hale, it wasn't until after her passing that the U.S. Senate, House of Representatives, and President Franklin Delano Roosevelt named Thanksgiving a legal holiday.

It's a mascot of unification, Thanksgiving, and our country.

Because of Turkey's role in Thanksgiving, we now associate the clucking bird with gratitude, generosity, family, and friendship.

And like Thanksgiving, Turkey brings us together to share in the contagious spirit of love and thankfulness.

So, this Thanksgiving or next time you sit down to Thanksgiving dinner, take a moment to be grateful for Turkey—the humble bird that has come to represent so much. Good morning Aura. The turkey may consider themselves humble, but a trip to the grocery store to procure one this year may require being followed by a Brink's truck! Enjoy your day.

Wayne Martin: We usually donate our turkey to a good cause. Our family cooks duck (the price is not that much lower!).

Hello Aura - and here I was wondering if there might be a bird gesture coming in this post since I assumed a side order of Craptacular Cranberries might be served.

I have never developed a taste for Craptacular Cranberries, Michael Jacobs. We serve Mango Salad with Thanksgiving duck and no turkey this year!

I have never heard of Sarah Hale before today but I am glad that I learned about her and her love for Thanksgiving.  With how our government currently does things, the phrase "America's care for its people" gave me a little chuckle, haha.

Brian England and Sarah Hale referred to the Great Depression in the mid-30s and FDR eras. The Government provided aid to ease the hardship during the Depression.

I know it's hard to believe "America cares for its people today," but we must focus on "people" who have made America what it is today. And not some bad politicians! Enjoy the season, and eat some turkey, haha!

Turkeys are so interesting! We have them all over our neighborhood - it's fun in the morning to walk down the road and see them still sitting way up in trees where they sleep overnight. Anyway, Happy Early Thanksgiving!

Kat Palmiotti, my grandma's family, raised turkeys and chicken while I was growing up. I remember wondering as a kid why male turkeys have the look of colorful feathers and not females! It's one of those "unbalanced" and misunderstood natures none could argue.

We have our Thanksgiving early (this Sunday) as we usually volunteer to deliver food to seniors living alone and in need every year.

I wish you a Happy Thanksgiving, Kat.

Good morning, Aura... great recap of the history of Thanksgiving and the turkey's role in our annual celebration. I know they always refer to the turkey as a humble bird, but I've never understood why. I don't think of it ever as a "humble" creature.

Hi, Nina Hollander, Broker; I believe Turkey is humble because it doesn't attack or kill other creatures like other big birds such as eagles. Some Indian tribes would hunt turkey when others, like deer and buffaloes, were depleted.

I wish you a very Happy Thanksgiving! 😍

Aura Alex I see your point on the idea of a turkey being humble because it's not a predator.

Aura, This was a walk down memory lane about how turkeys became such a significant part of Thanksgiving. I'm a vegetarian so I don't eat turkey, but I respect other family choices and will cook one for the holiday.

Hi, Barbara Michaluk; I love turkey but have never cooked a whole turkey for a holiday. Our family cooks ducks for Thanksgiving.

I guess the importance of celebrating the holiday is to be with family and friends. I hope you'll enjoy yours! Happy Thanksgiving!

Good morning Aura - thanks for recounting that story.  I did know it and I have been to Plimouth Plantation as well as Mary's schoolhouse in South Sudbury, MA.

Hi, Grant Schneider: I lived in Plymouth, MA, when I worked in Boston. Later we moved further away from the city and founded a small town called Duxbury (outside of Plymouth), closer to the water. I loved it out there until Winter became unbearable!

Thank you for the sharing of this historical information. I also read that the turkey was often used for special celebrations.

Hi, Leanne Smith; I know the turkey story linked to early Native Americans, and some tribes use turkey for different celebrations.

It's always interesting to learn about history.

Hi, Ed Silva; I, too, love dark turkey meat. The only white meat I enjoy is Duck breast.

Interesting history Aura!  I remember some of it but didn't know much about Sarah Hale " The Godmother of Thanksgiving.  I will thank her this year as we gather around the table this Thanksgiving!  I've already purchased a fresh bird and I am looking forward to a wonderful holiday.  Happy Thanksgiving!  And enjoy your Thanksgiving Duck :)

My family enjoys Thanksgiving ducks. My daughter said, "Mom, I know you have become Americanized, but nothing could take the Asian Duck out of you!" She's right. Quack!!🦢

That is interesting history, Aura.  I knew none of that before, so I have learned something new today.

CONGRATULATIONS Aura, on having this blog FEATURED in the Old Farts Club group!

Hi, Myrl Jeffcoat. I lived in Plymouth, MA, for a few years and learned about Plymouth Rock, the Mayflower, and the Plimoth Plantation out of necessity as I needed to show off my knowledge of the history and shared it with friends from afar like from Boston. LOL!

Although there are many stories about the British who boarded the Mayflower and made it to the Plimoth Plantation, many gave up or died from diseases and the harsh environment unfamiliar to the Pilgrims.

I appreciate your support of this post by featuring it in your group. Thank you.

Thank you very much, Aura, for sharing this interesting Thanksgiving turkey lesson.

I wish you the same, Roy/. Thank you for the reblog.

Hi Aura,
I had read the history of Sarah Hale, but the details were fuzzy.  Thanks for the reminder on the details:

I love Thoreau's quote: "My Thanksgiving is perpetual".

Carol Williams: Yep, me too, for Thoreau's quote!

I learned something here today Miss Aura Alex - Thanksgiving for me could be pumpkin pie and stuffing.  I have not eaten any time of animal, eggs, etc. in years.

Your mango salad sounds wonderful. I might prefer that over craptcaular cranberries.

Hi, Kathleen Daniels, Probate & Trust Specialist, I usually make papaya salad, but it's hard to find papaya this time of year. So, I will use Mango instead. Yum!

Enjoy your meatless Thanksgiving meal. The 10th anniversary of a cancer-free life is a blessing and I am grateful to get to know you!

Hi, Hannah Williams. Thank you for being here.

Thank you, Roy Kelley for the reblog.

Have a wonderful Thanksgiving!

Aura Alex loved the post and I hope you had a very Happy Thanksgiving today, Endre

Hey, Endre Barath, Jr., we had our (Thanksgiving) ducks last Sunday before Thanksgiving, so we could volunteer to help serve meals to seniors who are alone and the homeless.

We joined the non-profit community and volunteered to help. It has made our Thanksgiving much more meaningful since neither of us (my husband and me) has a nearby family. So, everyone we serve meals has become our "family" during the holidays. "Giving is Receiving," Endre. I hope your Thanksgiving was wonderful! 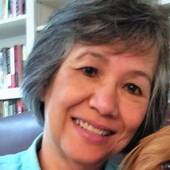