What do San Jose, Atari’s Game Pong and Space Astronaut Chimp Enos have what in common?”

All three share an important anniversary on November 29th.

Read on to find out about these and other interesting tales that happened in history on November 29th. 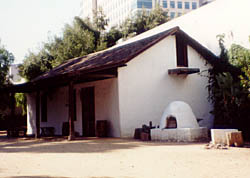 1777 – San Jose, California, is founded as Pueblo de San José de Guadalupe. It is the first civilian settlement, or pueblo, in Alta California.

1877 – Thomas Edison demonstrates his phonograph for the first time.

1961 – Mercury-Atlas 5 Mission – Enos, a space astronaut chimpanzee, is launched into space. The spacecraft orbits the Earth twice and splashes down off the coast of Puerto Rico. While these interesting facts about San Jose, Atari’s Pong and Space Astronaut Chimp Enos on November 29th have nothing to do with my real estate business selling Silicon Valley homes to families in San Jose, Cupertino and Saratoga in Santa Clara County, Calif., they add fun and entertainment to life.

Truly enjoy reading your facts for today. There is always so much happening!

Thank you for the kind words of encouragement. Keep on reading.