As per yesterdays post Saturday was decorating day in the Timm household but today, Sunday was Tree Day, as declared by Timmothy Nathanial. We have been resurrecting the same fake tree for at least 10 years now and although it looks OK it doesn't have the thrill it once had. I'm thinking "REAL" next year. Baby took my place this year as the "official" observer. Christmas reminds me of my favorite Real Estate transaction. I've posted before about Gus and Jane who I had the honor of helping them get their home sold in time for them to move South and live with their children. This move had to happen when it did or it would have left them in a very bad state BUT everything fell into place and they were as happy as a young couple buying their first home as opposed to the truth that they were leaving a home of many, many years. Even thought Tina and Timmothy were young children at the time they did all they could to help Gus and Jane pack and move. Carol helped Jane clean and I helped Gus fix and paint to make the closing happen. They were moving to a small apartment near their son so they showered us with gifts of stuff they couldn't take along including these porcelain items, the tallest being about 18" tall.

One item Gus was especially proud to give me was one of his pride and joys... their fireplace and fireplace tools. Sitting or lying on the futon and listening to music in front of the fireplace with the "flame & heat" on is one of my favorite winter retreats.

Bob loved your post and the last photo as well, I took down all the Thanksgiving decorations with the exception of one... accidentally left on the front yard... like I said tomorrow is when the Christmas decorations will slowly start in our home:)Endre

Good morning Bob. While my next tree, like the current one, will be fake gray minds think alike and next year, new tree! Enjoy the fireplace.

Your tree looks fine! :-) We have a bazillion (slight exaggeration) real trees to choose from and we are obviously very picky because we haven't found the perfect one yet. We found three maybe's yesterday. We still have a few weeks before we have to choose.

Good morning, Bob... Baby certainly looks intrigued by all the goings on. Mine totally ignore my Christmas decorating. I gave up on real trees a decades ago. I like to have mine up till Russian Christmas (Epiphany) and they just don't last that long.

Thank you Kat Palmiotti (for not laughing at our tree). I do miss the wonderful scent of a fresh cut tree. From the pictures you have shared in the past I can see how it would be difficult to choice a tree out of thousands. I'd be torn as well PLUS I may end up with a Charlie Brown tree because I'd want perfect trees on the property and couldn't cut them down. 🤪

My transaction with Gus and Jane was many years ago (guessing) 18 to 20 years ago Wayne Martin and I have truly been enjoying the fireplace since the day they generously gave it to us. We have 3 or 4 of those fake trees and I think it's time to give every one of them up at the end of this season. I forgot to mention in the post we also stayed after the worship service yesterday and assembled two more, one a 9 footer.

Nina Hollander, Broker I highly suspect that Baby was waiting for Timmothy to pull a treat out of that box for her that held so many pretty trinkets in it. 😊 I did not know/remember that Epiphany is the Russian Christmas.

Bob "RealMan" Timm The Orthodox Church is on the Gregorian Calendar so our holidays don't come at the same time, except every so often on Easter.

The holiday season is a good to to recall fond memories.

I keep forgetting that Nina Hollander, Broker and I should know better (or work on my memory skills more).

Good morning Roy Kelley . You have been on my mind this morning as Gaithersburg has been on the national news with that light plane crash that knocked out power to thousands in town.

Oh my gosh Roy Kelley I saw a quick story about the plane crash but didn't realize it was in your town.  I hope all is ok for you and Delores.

I heard about the power outages  etc - what a mess for everyone.  I'm glad you and Delores were not impacted Roy Kelley !  Thanks for letting us know 😘

I was a challenging rescue for the pilot and passenger. 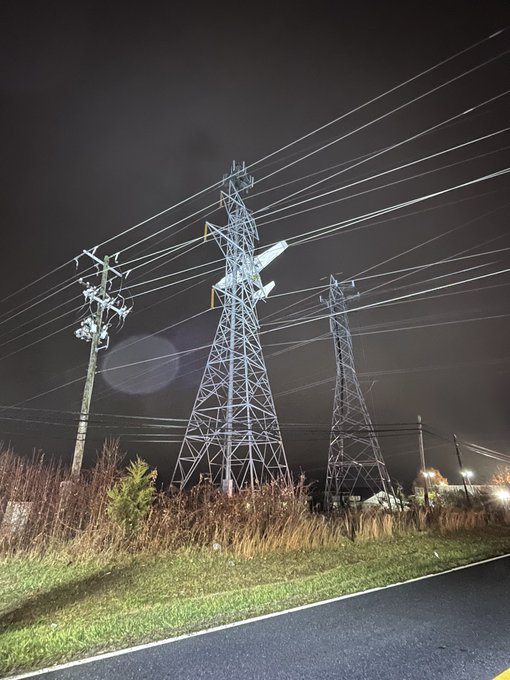 Thousands of homes and businesses lost power after this crash. Traffic lights were out.  Schools are closed today because of the power losses during the night.

Fortunately, the power in our neighborhood was not impacted.

That is what I had heard Roy Kelley . I get my news off of the Christian radio station so no video for me.

I knew when I heard it on national radio it had to be a big thing even if it was a light plane. As soon as I heard it was in Gaithersburg I immediately thought of you Roy Kelley . Thanks for the pic.

What a lovely story Bob!  So great Gus and Jane had a good friend in you that not only got their home closed but also helped them with their move to make things easier.  Fun to have warm holiday 'gifts' from them to remember them.  Real tree...next year!  Meanwhile enjoy that fireplace!

My Christmas tree went up the day after Thanksgiving.  It's much smaller than your's.  This year I opted for a 2 foot Rosemary tree.

Thanks for the LOL because as I read "much smaller than yours" I was thinking probably not... but it is! That being said Myrl Jeffcoat our tree at the art gallery is also a 2' tree with LED's and fiber optics.