Book Recommendation: No Plan B  by Lee Child and Andrew Child

Book Recommendation: No Plan B  (2022) by The New York Times Bestselling Authors Lee Child and Andrew Child. Click on the links to learn more about the authors and this novel. This is book number 27 of the series featuring Jack Reacher. Dolores and I have real all of them. 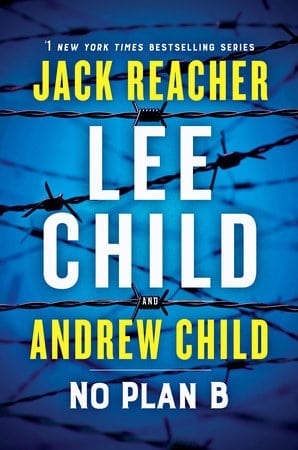 In Gerrardsville, Colorado, two witnesses to the same tragedy give two different accounts. One guy sees a woman throw herself in front of a bus in what authorities will call a suicide. The other witness is Jack Reacher. And he sees what actually happened: A man in a gray hoodie and jeans, moving like a shadow, pushed the victim to her death—before swiftly grabbing the dead woman’s purse and strolling away.

Reacher follows the killer on foot, not knowing that he is part of something much bigger and far-reaching . . . a secret conspiracy with many moving parts, with powerful people on the take, all involved in an undertaking that leaves no room for error. If any step is compromised, the threat will have to be quickly and quietly and permanently removed.

Because when the threat is Reacher, there is No Plan B… 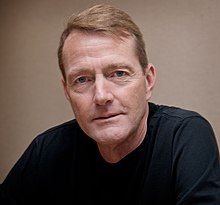 James Dover Grant CBE, primarily known by his pen name Lee Child, is a British author who writes thriller novels, and is best known for his Jack Reacher novel series. The books follow the adventures of a former American military policeman, Jack Reacher, who wanders the United States. Wikipedia Good morning Roy. May have to move this author towards the top of the list of considerations as I like books in a series. Enjoy your next read.

Roy you come up with the best reviews.  May need to read this one.  Thanks for the Blogg, have a great Wednesday. bill

Enjoyed this book, as all the previous 'Reachers'.  My personal opinion is the series has taken a step back in quality since the son has joined forces with Author Dad.  IMO.  mdm

I agree with your observations. Andrew is actually the younger brother of Lee, not his son.

Roy Kelley I did not realize about Andrew being the brother.  Thx for letting me know.  Does not change my opinion on the quality.  lol

"No Plan B" by Lee and Andrew Child sounds like a good read for the bookworms, Roy.

Roy Kelley Thank you for another great book selection

Roy- I hope to carve out more time next year for reading. I need to because of the long list of books to read I have from you.