Are you ready to remember more numbers when calling within Alberta? As of September 12th, 2008, 10-digit local dialing will replace the current 7 number format. The decision was made in response to the Canadian Number Administrator’s forecast that the (403) and (780) area codes will run out of phone numbers by March 2009 and October 2009 respectively. As you’ve likely noticed, the 10-digit requirement was gradually introduced beginning June 23rd, 2008. A new area code (587) will be introduced for new phone numbers. More information on the changes is available at www.crtc.gc.ca. 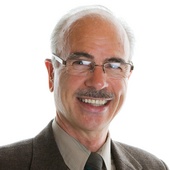 over 10 years ago
bookmark_borderbookmark
10 Tips for Turning Your Home into an Income Prope...
View more Recent Posts   arrow_forwards