So you may be asking, hey you are a real estate broker and a mortgage broker, what are you now a financial planner?

No, but I  used to be. I was in the financial planning business really for about 4 years, between 1986-1990. At the time I felt like most financial planners were not doing what they should be doing.  They all assumed that people were managing their money, and they then go on to try to manage what ever it is they had not spent.

Anyway was I mostly doing loans last year. But then I ran into customer after customer who just did not qualify to buy or refinance, and it was because they had not managed their money. One customer, I had put into a neg am about 3 years ago called me. He was up to his ears in new debt. I went over to his  house and noticed new motorcycles and water skis.

I went back and looked at the loan I had given him . The minimum payment on it  only accounted to 20% of his income at the time. I had rolled all of his other debt into the loan.

He spent the rest and more and now was completely under water. Now he wanted me to do it again, the problem was that I just could not do his loan again, his property value had gone down, his credit score had gone down, with the tighter loan qualifications he was screwed. He had to go to consumer credit counseling and now has destroyed his credit.

I kept getting calls from people who were wanting to refinance. I would look at their situation and ask, didn't I fix this person up last year or two years ago  and now look they are upside down again.

So, I put together a spread sheet and a video for people to help them keep in control of their money. It will help people know just where their money is going and how much money they have to spend.

It is free there is no charge and you do not have to register. 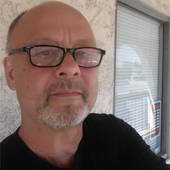