One of the things that I find most fascinating about living in the North Georgia mountains is the deep connection with the not-too-distant past, when the southern Appalachians were the domain of the Cherokee Nation. The Cherokee had lived in these mountains for hundreds of years by the time the first Europeans began to explore the area. In the mid-seventeenth century, the Cherokee commanded over 20,000 square miles and had a population estimated to be about 22,000.

The Cherokee peacefully co-existed with the new settlers, adopting many Western European customs and practices.  Primarily an agrarian society, the Cherokee had a flourishing culture with their own alphabet & high literacy rate. They lived in log homes, not tepees, and even adopted a modified European-style of dress. Many Cherokee, able to read the Bible, were converting to Christianity.

In 1829 gold was discovered in the North Georgia mountain town of Dahlonega, pre-dating the San Francisco gold rush by 21 years. That discovery sparked a thirst for land that put the Cherokee on a collision course with the newest settlers. By 1838-a mere 10-years later-the Cherokee were forcibly removed from their ancestral home and were forced to march over 1,000 miles to "Indian Territory" in Oklahoma. Food was scarce, sanitation was deplorable, and that winter was particularly harsh; by the end of the march, over 4,000 Cherokee had died. Known as the "The Trail of Tears," or, as directly translated from the Cherokee language "The Trail Where They Cried," this forced march is a dark stain on our nation's history.

Today, there are still many reminders of the Cherokee in the North Georgia mountains, not the least of which are the many citizens who can trace their roots back to a Cherokee ancestor. Many mountain residents swear by home remedies that have are derived from Cherokee custom, like the use of wild touch-me-nots as a cure for poison ivy.  Cherokee artisans ply their crafts to create beautiful jewelry and artwork that is sold at shops and galleries throughout the mountains.

I recently listed a property on the Toccoa River and was so excited to see that it was just downstream from a Cherokee "fish trap."  Cherokee settlements were common along the Toccoa River.  The natives used an ingenious method of catching fish. By piling rocks and boulders across the river in a distinctive "V" shape, the Cherokee were able to trap and catch fish as they swam into the "V."

There is no telling how old this fish trap is-perhaps hundreds of years old-but it is wonderful to have this visible connection to such a noble people.

(I hope you all appreciate the photo that I took of the fish trap, as I risked life-and-limb climbing down an embankment to get it!!)

Kim - That's a very fascinating post.  The nearest thing I have seen like that was in Hawaii.  There, the native Hawaiians would create fresh water ponds to put the ocean fish in for a time.  But the method wasn't created to actually trap the fish!

Thanks for the info!  Very interesting!

Myrl: I thought so too! To feel linked to such an interesting part of the past is so exciting to me!

Kim, I AM impressed! What a great story! I've never heard of a fish trap before and I wouldn't have known what to look for if you hadn't relayed the history. How cool that the trap is still there after all this time. Thanks for sharing the story.

Debbie: Absolutely!! I think it a-mazing that it has survived intact to this day! There are a few others along the Toccoa that have also remained remarkably preserved. Cooler than cool!

Thanks for stopping by!!!

That is very cool! I don't know if I have ever seen a fish trap before. I am pretty active outdoors so if I saw one, I would not have known it! Now, if I see one I will know what it is. Thanks! Great pic too!

Rich: It was a great discovery for me! I had heard about them...but never actually seen one. I thought the picture was pretty good myself. *wink* 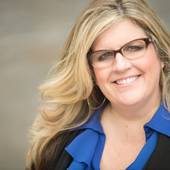