Many residents and visitors to Jackson , Mississippi love to take a trip to the Jackson Zoological Park , and many wonder how the Zoo came to be.  So, after a little research, I found that the City bought the 79 acres of land needed for the Zoo for thirty-six thousand dollars from Samuel Livingston in 1916.

The first Zoo in Jackson was originally housed in the Central Fire Station downtown.  It consisted of pets from the local firemen, one cage of rabbits, and some species native to the area such as alligators, deer, fox, raccoon, and squirrel.  The Zoo was then moved to the new acquired land and a few small exhibits were built.

After surviving the Great Depression, the Zoo acquired more animals to expand the exhibits in 1948.  Most of the animals were bought from the Liberian government.  Although many of the animals died during transportation, the Zoo did get an African coon, 3 Magabey monkeys, a lemur, a white-tailed Colubus, 2 pythons, and 3 chimpanzees.

Because the Zoo did so well during the 50s and 60s, the Zoo added a giraffe exhibit and Asian Grottos.  In the 70s, there was a children's petting zoo added (now known as Discovery Zoo) and an animal hospital was built.  In 1985 more land was purchased and the African Rain Forest Exhibit was added.  In 1998 the Zoo acquired the funds needed to take on huge improvements and expansions.  The new expansions include the Mississippi Wilderness Exhibit and the African Savannah Wilderness Exhibit.  Some of the Zoo's smaller exhibits include the Aviary, the Tiger exhibit and Discovery Reef.  And in 1996 the city began a community improvement around the Zoo.

This is truly a great place to visit while in Jackson , Mississippi .  My wife and I love to visit the Zoo as often as we can.  So if you haven't been there yet, get a move on it.  You're missing some great fun. 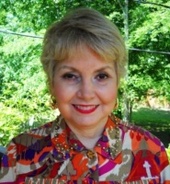