Attention California agents and Brokers. Cailfornia has a new mortgage bill that you should be aware of especially for those clients who may be facing foreclosure.

Senate Bill 1137, which takes effect immediately, prohibits lenders from filing a default notice until 30 days after contacting a borrower or making legitimate attempts to do so. The new law by Sen. Don Perata, D-Oakland, also requires that tenants receive 60 days' written notice to vacate a property once it is foreclosed.

The Senate in January killed an earlier Perata bill that faced intense opposition from the mortgage industry and had stricter requirements, such as a face-to-face meeting between borrower and lender. The bill signed Tuesday, SB 1137, did not face opposition and had bipartisan support.

Perata and Schwarzenegger said today that the law will help stem the tide of foreclosures in California by forcing lenders to contact home borrowers before starting costly proceedings. They suggested that early communication will encourage both parties to explore payment modifications that avoid foreclosure.

"Losing a home to foreclosure is a financial and also an emotional crash that takes sometimes years to overcome," Schwarzenegger said. "Foreclosure not only devastates families, but it hurts neighborhoods and it depresses our economy and our budget, and we lose a lot of jobs, of course."

The new law also enables cities to impose fines of up to $1,000 a day on property owners who do not maintain vacant homes purchased in foreclosure, a tool aimed at preventing blight in hard-hit neighborhoods.

What this means if a lender, investor owns a property the property must be maintained, including stagnation in a unoccupied swimming pool, thus being prone to mosquitos.

In conclusion Homeowners cannot recieve a default notice in California until after 30 days after contacting a borrower, or making a legitimate attempt and tenants must recieve a 60 day written notice to vacate once the property has been foreclosed on.

My experience with foreclosures on all sides is communications with all parties of record.

Hopefully this will allow for some type of work out between lender and homeowner. I have marveled at some of the loans why a lender would not do a modification.

Good for the tenants occupying a home.

I have sellers that are presently 7 months behind a Notice of default has not been recorded, they now owe $11,000 plus, they are not in a position do do a workout and we have been attempting to do a "Short Sale" for almost 60 days. They owe $325,000 and the best offer we have recieved are in the $200,000 plus range.

I have not yet read the bill  yet but I ask is there a loan servicing department that does not attempt to contact a delinquent borrower?  Usually the NOD is not filed until the loan is 60-90 days delinquent.   That segment of the bill seems meaningless but the requirement to give 60 days notice to vacate after the foreclosure not only affects institutional investors but also hurts the private party lender who may have provided seller carry back financing or provided secondary capital and has not received his payments, paid the cost of the foreclosure and must continue losses for an additional 60+ days. There are a lot of retired private party investors going to be hurt with this legislation causing those funds to dry up or require higher yields (rates) to compensate for this type of legislation.  The only thing I agree with on the service is the $1,000 penalty to the PURCHASER of a foreclosure who fails to maintain the property.  Otherwise it sounds like the typical political reaction to look like they are doing something when in reality nothing is really accomplished. 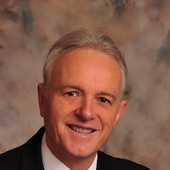