On July 14, the Federal Housing Administration (FHA) will implement a system of risk-based mortgage insurance premiums (MIPs) for one- to four-family FHA-insured mortgage loans. Historically, FHA has charged the same up-front and annual premiums for virtually all FHA-insured single-family loans.

A system of risk-based MIPs proposed by the Department of Housing and Urban Development late last year was withdrawn in response to pressure from the Senate, which passed legislation that included a 12-month moratorium on changing the FHA's MIP structure. However, the freeze was not enacted by the full Congress.

The new MIP structure has revised and finalized the 2007 proposal, but could still be sidelined if a moratorium on FHA risk-based premiums, which remains under consideration, is signed into law.

According to FHA Mortgagee Letter 2008-16, which was issued on June 11, the revised MIP structure is needed to maintain the solvency of FHA's Mutual Mortgage Insurance Fund by charging FHA's borrowers a MIP that is commensurate with the risk profile for their loans.

For years, FHA has relied upon MIPs paid by its more creditworthy borrowers to subsidize the losses that were primarily associated with loans to borrowers with less favorable credit histories. This worked well until recent years when the FHA suffered sharp declines in its market share and saw a significant increase in the portion of higher-risk loans in its portfolio.

More recent FHA efforts to provide insurance for borrowers refinancing subprime mortgages have increased concerns over the inadequacy of its one-premium-fits-all policy. Without a move to a risk-based premium structure, FHA projects that it would be required to significantly increase the MIP on all FHA-insured single-family mortgages to avoid having to ask Congress for a budget appropriation to cover its operating deficits.

Since 2001, all borrowers with FHA-insured mortgage loans have paid an up-front MIP of 150 basis points, or 1.5% of the initial principal balance of their loan, in addition to an annual MIP of 55 basis points. The up-front MIP is incorporated into the total amount borrowed for almost all FHA-insured loans. Under the law, FHA currently has the authority to charge as much as 225 basis points for the up-front MIP, but it has never exercised this authority.

Under the new program, the up-front MIP will range from 125 basis points of the loan amount for lower-risk borrowers to 225 basis points for riskier borrowers. The borrower's risk profile is based on their credit score and the loan-to-value ratio of the mortgage.

The up-front MIP will be capped at 200 basis points for first-time home buyers in the higher-risk category who receive pre-purchase counseling from a HUD-approved counseling agency.

Borrowers who refinance delinquent non-FHA adjustable rate loans into FHA-insured loans under the FHASecure program will pay an up-front MIP of 225 basis points regardless of the LTV of the new loan.

NAHB submitted a comment letter in support of the FHA's 2007 proposal to vary mortgage insurance premiums to reflect risk. In its comments, the association stated that these changes are particularly appropriate in light of efforts by the FHA to fill the gaps in the housing finance system stemming from dislocations in the subprime lending area and to assist in mortgage refinancing for borrowers experiencing difficulty with their current mortgage. 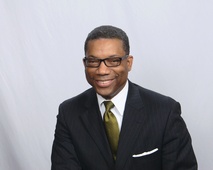