Like:
Home > Blogs > Peter Bales > Remodeling & Home Repairs
I get questions all the time about this historic neighborhood just West of East Nashville. Sometimes it’s even considered part of great East Nashville, but I won’t debate that here.

I usually describe it as a transitional area on the rise. It’s full of historic homes from the early 1900’s, much like East Nashville. It has experienced a resurgence, which can be felt driving through the area and seeing the many freshly renovated homes. Many of the funky-chopped up rental homes are being somewhat restored back to the character-filled historic home that it once was.

The area is named for the two parks in the vicinity, Cleveland Park and Mcferrin Park, of course. It’s bordered on the East by Ellington Parkway and on the west with Dickerson Road.

An average renovated, ready to move-in home will cost around $100 per square foot or more, making this area fairly affordable, while still being only a few minutes from downtown and convenient to about everything. I think it’s an area to watch and invest in, but it will take time for major progress to be made.

So, with that said, I wanted to look at some of the top sales in the area. The MLS only records five homes EVER selling for more than $200k. All of these closed in 2007-2008. However, there are currently eleven homes being marketed for over $200k with 1 as high as $365k.

The questions I’ve had lately have come from investors who have their eye on a 2000+ sq. ft. fixer upper wondering if they can sell it when they are finished dumping a pile of money into it. I always advise them to be conservative and try to target a realistic sales price. It’s so important to buy it right. You want to end up with room for profit, and price it to sell. It’s a difficult but necessary combination for long-term success.

I think we’ll see the prices rise in the area, especially when the market bounces back, but in the current market, I’d be cautious about diving into a home flip with a final price tag in these higher ranges. It’s probably better to use a buy-and-hold strategy and see the appreciation rise over a longer time period.

If you want a historic home at a reasonable price that will likely be a great long-term investment, you might want to check out these neighborhoods. Call me to get started. 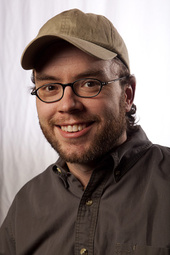 Inspired Remodeling & Tile
Freedom, IN 47431
Ask me a question