Uhhh Huhhh, Uhhh Huhhh It's TRUE!! Elvis was in Barberton on Friday night, and if you weren't among the 500 people waiting at 5am to dash in and set up your lawn chairs like my Mother-In-Law did, you probably couldn't find a blade of grass close enough to the gazebo at Lake Anna in Barberton (where his concert was held). But you could sure hear it, and it was an utterly fantastic concert by Mike Albert, a fabulous Elvis impersonator! In fact, when intermission came in the long concert, and they said Mike would be back in a little bit, there was a split second where I thought "Mike who?" - he was that good!! There were approximately 6-7 thousand (yes, I said thousands) of people of all ages crammed in for the free concert sponsored by Barberton Parks & Recreation. They passed around a box for donations, and you got waaay more entertainment for any bit money you donated. Mike (Elvis), worked the crowd, moving and shaking off the stage and on, stopping to crack jokes and pass out scarves, and look deep into the ladies eyes to sing to them. He made sure to move around to the sides of the gazebo so everybody could see him from time to time. He kept us all  laughing, singing along, and begging for more! His Big E Band (backup vocals and instruments) were absolutely  fantastic too! He has a website at www.mikealbertsings.com if you want to check it out. Ok - I'm getting a lot better at taking pictures with my pink camera for my cards, but this was like trying to catch the wind! This man was always in some sort of motion, so if some of these pictures are a little fuzzy, I was battling  some pretty enthusiastic camera-wielding fans. I had to snap and jump! I caught him in mid-lip curl here. If you ever have the opportunity to go to one of Mike Albert's concerts, whether you're a dyed in the wool Elvis fan or not, you'll have a great time! Go early - parking is crazy - but so worth it. If you've never been to Lake Anna in Barberton, it's one mile around the lake, so nice for a relaxing walk (benches to rest on). Here's a picture I took last night - I had to chase down those swans - they were swimming fast!! That picture's going on the front of a card tomorrow, I guarantee! Ok, one last shot of the gazebo where Barberton Parks & Recreations has their special concerts in the park. I'll make another post about Lake Anna - got some more beautiful pictures - notice the mirrored reflections of the trees, clouds and swans in the lake above. Here's the gazebo with lights (might be a little fuzzy, but I was "all shook up" lol! Thanks again to Mike Albert for a stunning night of entertainment - I couldn't have gotten any better in Vegas!! Hope you enjoy the pictures. He's doing an all gospel Elvis show in late August. I wouldn't miss it! 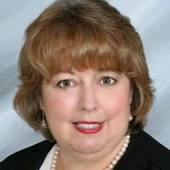