State and Federal authorities are increasing their  enforcement of the Real Estate Settlement and Procedures Act (RESPA).

Complaints! The increasing rate of foreclosures nationwide   has exposed  that many entities  went "over the line" and put their fees  ahead of conducting business  according to the spirit and rules of RESPA. Some appear to have lost their moral compass and put  people into properties  they could  not afford  and loaded them up with  high fees and costs to boot.   With so many homeowners scratching their heads and complaining to  authorities about their   homes being taken away, or the value of their homes being slashed, RESPA violations  have come to the surface.

With the drop in the housing market and values in many areas plummeting  it is appears that much of the "value" of the home was puffed  due to increased fees, expenses,illegal kickbacks and illegal referral fees that were  stuck in Buyers' loans and hidden from view.

Many legitimate and  "play by the rules" Title Companies, Mortgage Companies, Real Estate Brokers and
Agents have been complaining for years about  illegal kickback and unearned referral fees  being spread about like candy by illegitimate AfBA's and non-AfBA's  (Affiliated Business Arrangements.)

It is illegal to  pay fees for the referral of mortgage and title business  as well as other settlement services according to RESPA.  The "good guys" lost business to the "bad guys" who paid out  fees for  the referral of business.

The high profile names of very familiar Real Estate franchises, Title Companies, Mortgage Companies  and  Real Estate  Brokerages who have gotten nailed  (big $$$$ penalties!) shows the seriousness of HUD and State Regulators. They appear to be aggressively trying   to  end these practices that hurt Consumers  and  Settlement Providers who play by the RESPA rules.

The use  of "marketing agreements" and "advertising expenses" is under close scrutiny by State and Federal authorities. Many of these agreements are not passing the smell test  evidently judging by the enormous fines  and penalties incurred by some of the largest entities in the real estate business.

Colorado  appears  to have  taken the lead  but many other  States are stepping  up their enforcement actions as well.  There will be many more high profile  (and low profile!) actions coming.

Then why do many real estate companies push the products where they make money to their agents. Are these the best vendors or those that pay to play.

It seems the companies I have worked for or do work for have us have the clients read and sign acknowledging that they have affiliated business relationship. My question is still when you represent a client on a short sale and you hire a title company to help you negotiate the short sale is it legal to make the buyer use that title company in the transaction. I think that might be illegal.

Eric-  Most Agents are pretty savvy and know how to price shop in my experience. They "talk" to each other if they are unsure.  If the service level isn't there  or prices aren't competitive  the agents do  not use their  Broker's products. or services.  Individual Brokerages  have different business models but the laws of supply and demand  (as well as  RESPA!)govern business. I have seen agents report their  own Brokers for violating RESPA.  Competitors are only too eager.

Forcing agents to use non competitive products or services  is not a business model I would recommend for the faint hearted!  LOL!

Neal - Unless the Seller is paying  all of the Buyer's closing costs, he cannot dictate  what Title Company  must be used.   A Title Company "helping"  to maneuver  through a short sale is a legitimate  service but does not obligate the Buyer to use their services according to RESPA.

With the usual legal disclaimer of not providing you legal advice, the  wording of your question  is not clear...

<<when you represent a client on a short sale and you hire a title company to help you negotiate the short sale is it legal to make the buyer use that title company in the transaction. I think that might be illegal.>>

I do not accept any kickbacks when working with buyers or sellers.  It is not legal and should not be.  Yes, way too many affiliated business associates think it ok to do it - and do so without a thought.  I loved your analogy about the stumps in the lake when the water level is low.  The ony thing we get in my area is payment from the home warranty company, which I donate to charity.  I tell this to my buyers and sellers.

HUD does not are what you do with the money.  If you accept it for doing nothing you have a major problem.  If you/your Broker  are performing legitimate marketing and administrative functions  you may have earned it.  Get  legal advice is always my mantra  - and be safe. 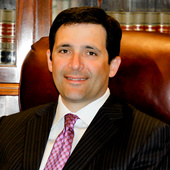