FiSLIC was for Savings & Loans as FDIC is for commercial banks and tried to bail them out when they got into trouble in the late 70s and early 80s for making commercial loans, when their expertise lay in residential.  FiSLIC failed and the ResolutionTrustCorporation (RTC) was created to solve the mess.  FDIC is now expressing concern after three banks failed in 2007, now already three banks PLUS the Feds have taken over IndyMac Bankout of California, reportedly the second or third largest bank failure in the US.  IndyMac, as its name implies, was designed by its creators to handle securitization of mortgages that Fannie Mae and Freddie Mac were unwilling or unable to purchase.

IndyMac, the 7th largest residential mortgage provider in the US, mostly made residential loans and since some borrowers aren't paying their mortgages and IndyMac didn't have a great deal of cash, and since the Honorable Senator Charles Schuman made comments questioning IndyMac's ability to withstand market conditions, there was a "run" on the bank over the past 11 days from the beginning of July to Friday of this past week.  You may remember the scene in It's A Wonderful Life with Donna Reed and Jimmy Stewart.

Amazingly, the guys who brought you CountryWide in 1985, David Loeb and Angelo Mozilo, are also responsible for this company.  They spun IndyMac off in 1997 from CountryWide.  It may be wise to review that history before taking futher forward steps. 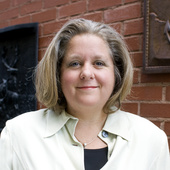