It's a terrific time to buy a home, but not because homes happen to be affordable.

It's a terrific time to buy because the variety of mortgage products available to home buyers looks poised to shrink.

Alt-A loans are ones in which borrowers can't (or won't) verify one of two major underwriting criteria:

Since the Credit Crunch began last July, Alt-A mortgages have been a steady source of funds for "in-between" borrowers -- those that are not quite prime, and not quite sub-prime.  IndyMac was among the largest lenders of its type and had outlasted many of its peers.

Its position as a market leader and subsequent exit from lending means that the remaining Alt-A lenders will likely make one of two choices in the coming weeks:

Both outcomes would be harsh for home buyers of all types because when any large bank takes mortgage-related losses like IndyMac just did, it tends to create major risk aversion in the market.

Risk aversion impacts everyone -- even the "good" borrowers.

Banks have been nervous about lending for several months and so they'd rather pass on an "average" mortgage application rather than risk getting stuck with a potentially "bad" one.  IndyMac's exit may cause fewer mortgages to get approved.

In other words, buyers eligible for financing today may be ineligible tomorrow.

Therefore, if you're a home buyer and you know your credit profile is less-than-ideal, consider writing a purchase contract sooner rather than later.  Your mortgage options may be thinning, and the ones you have may be getting more expensive. 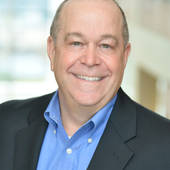 Wade Morris of Keller Williams specializing in Atlanta area Homes in Brookhaven, Chamblee, Dunwoody, Roswell, Alpharetta, Johns Creek, East Cobb and Sandy Springs. Whether you are buying or selling your home we work with resale, first-time homebuyers, companies relocating people to Atlanta Area, and most home sellers in northern part of the Greater Atlanta area. Specializing in the northern part of the Atlanta area gives us the most advanced knowledge in the Atlanta Real Estate marketplace. Use it to your advantage! You can search ALL Atlanta Homes on our website. We are Atlanta’s most comprehensive FREE Real Estate search site on the web today! Sign up for our Daily Emails of all homes in Atlanta and you will be notified as quickly or even before most Real Estate companies and agents and it is right to your inbox. With one click, you can get the most current up-to-date list of Atlanta area Homes. And most importantly, before other buyers see the newest listings. You can search by City, Zip Code, or Area. With the click of the mouse, you can search Atlanta subdivisions and Atlanta Homes by School and have one of the best up-to-date listing databases of homes. Be sure to read our Atlanta Real Estate blog that is filled with the best Real Estate information and articles. Our Blog has the most relevant stories about the current trends and “How To” articles that you can find in Real Estate today. My Website is the most useful tool found for you to search Atlanta homes in the market place, and don’t forget to call us for a one-on-one consultation to help you with your biggest financial decision you will make in your life. We will be glad to research both the multiple listing services to help you to determine value of your home. Use our preferred vendor list to help you get things done around your house. We have either used then ourselves or they were referred by one of our clients. Please tell them that you are a client of our when you call them. If you have any questions, please do not hesitate to contact us. We are ready, willing, and able to help you with your next Real Estate purchase or sale. “Our Clients Are #1." Call Wade Today 404-593-0788