The Harbor on Hyco Lake

The definition of "a harbor" is a safe space, a place of shelter or refuge. Hyco Lake now has "A Harbor" of it's own.

The Harbor was born out of a an idea, a passion and a desire to be the very best location on Hyco Lake in which to build a home to live in and enjoy for generations to come. Approximately 10 years ago a developer by the name of Tom Berry from Greensboro had a vision. Over time these dreams and desires came to fruition and have become the premier gated community on Hyco Lake.

Berry chose to develop The Harbor on Hyco for several reasons. First, it is strategically located within one hour's drive of Durham, Chapel Hill, Hillsborough, Burlington, Mebane, Greensboro, Raleigh, RDU and Danville, Virginia. Second, the relatively consistent lake levels. The water level rarely fluctuates which is very unusual for lakes in this area. Third was the ability to build large deep-water boat docks along the shoreline of the 3,750-acre lake.

Once he purchased the property from Progress Energy just over three years ago Berry put his plans into action. The 50 acre planned gated community was built adjacent to his 500 acre farm this is covered under a conservation easement.

As the development evolved Berry searched for the perfect name for the community as well as the roads. His fascination and interest in astronomy and navigation soon guided him in the right direction. Since "harbor" means safe space he knew he would have that accomplished in his gated community. Many, many years ago people had to rely on the stars as a means of navigation. The star that was relied upon the most was Polaris also known as The North Star because it never moved. While standing in the cul-de-sac of the road one evening Berry says, "I happened to notice the Big Dipper. I also realized the two stars in the cup of the dipper pointed to Polaris and it was in the middle of the road that lead in the development". Upon this nautical discovery the road leading to The Harbor became known as Big Dipper Drive while the road running through the middle of The Harbor was named Polaris.

Now just over 2 years since it began The Harbor is complete and offers a gated waterside community with paved streets, streetlights, walking trails, underground utilities and off site sewer systems. There are 13 remaining lots available. Some lots already have 2500 square foot boat docks in place just in time for the summer boating season. Sherry Clayton of Keller Williams, one of the real estate brokers affiliated with The Harbor says, "The panoramic lake views from these lots are phenomenal. While the pristine beauty of the areas surrounding the community sets it apart from any other area on the lake." Berry is also promoting green building practices by offering financial incentives to those homeowners and/or builders that qualify for this program.

Remember you can always find your way home by finding and following the North Star to The Harbor. For more information on this exciting new waterfront community call Sherry Clayton - Keller Williams Preferred Realty 336-598-1293 www.theharboronhyco.com

Welcome to Active Rain. I hope you will enjoy it and learn from it as much as I do. Look forward to seeing more of your blogs. Happy blogging.

Welcome!! Youve joined a great place to meet new people and get some good tips and advice. Be sure to call on me if I can ever help and welcome again! Enjoy

Hi, and welcome to ActiveRain from Santa Rosa Beach, Florida.  I see you joined on July 14th, Bastille Day in France.  Very important day for the French.  Hope to see you around.

Hi Sherry  -    Welcome to ActiveRain.  I look forward to networking with you and reading your future post.  Have a great day!!! 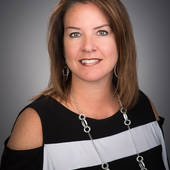