Has this been happening to you lately?  I've been showing a bunch of bank owned houses lately and alot of them are very aggressively priced and command multiple offers.  On the really good deals especially, I often go to show a house and the key has been taken out of the lockbox!!

Today, I went to show a house that is probably $40k under market (even in our depressed market) and the key was missing out of the lockbox.  I called the agent and he said "I had one agent call me this afternoon telling me she was sending an offer and soon after that, I had ten more agents call saying the key was missing."  This REO agent said he was putting a new key in on Thursday and wouldn't submit offers to the bank until Sunday, in order to give all agents an equal chance since the key was missing.

Very professional agent!!  Anyone else have this happen to your listings and how do you combat it?

I'm in Temecula CA (Southern California) and we have numerous bank owned properties that have combo lockboxes for access.

I have had that before.  I actually had a client where I had to ask for the key back as they did want anyone to make an offer

I have seen this happen once or twice .. that is why I wish bank would let us use .. Supra  style lockboxs so you could really track who has been in the house..

Reason number 2 for agent only supra  style lockboxs... there is a big REO agent here in town that tells buyers the lockbox code so they can view it on there own... a new twist to self service... problem is the banks use us all use the same lock box code and I don't like buyers in my listing with out an agent .. safety first ...

that has happened to me as well..the agents don't want to spend the money for a supra key box- too expensive with so many listings.

A lot of the agents here have taken to using the lock boxes that are screwed on the wall because they are taking the keys and the lock boxes.

I like the Supras as well!! I had an agent steal a key from one of my listings from a Supra and I called him and asked him to bring it back.  Another case of "I don't want anyone else to write an offer on this house!"  I don't know what he was thinking, but it was pretty funny.

How about this?  Many agents have 800 call capture numbers.  What about putting an 800 number assigned to the lockbox for that house in office comments in the MLS and they have to call to get the code to the lockbox.  That way you have their contact information and know (sort of) who's been in the house last...

How pointless is that kind of behavior?! 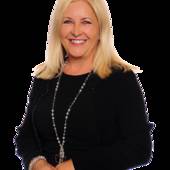 about 13 years ago
bookmark_border
Show Me the Money!!!
View more Recent Posts   arrow_forwards