This is my 3rd cycle through the real estate market. I got into the mortgage business in 1982 when a "good fixed" rate was 12% with 3 points. I got to watch the crash in 1991 when the bubble burst in housing and all of the Savings and Loans collapsed.

History seems to repeat itself. We had a sub prime market in the late 80's and early 90's and the same thing happened. Borrowers, who should not have gotten a loan, got a loan and then defaulted on it. Just like what we are seeing today

However I am seeing a couple of other trends that also happened last time. For the last couple of years adjustable interest rates were almost the same if not higher than fixed interest rates. This is starting to spread apart which is what happened the last time we were in this market. Banks that were somewhat prudent about their lending are starting to show increased earnings. Wells Fargo announced today that they were increasing their dividend, more on this later. Last but not least the average house is where the average worker can afford to buy it. No one in the last three years in the middle class received a 30% increase in pay. Houses went up that high in some areas of New England. If you cannot pay for it how can you buy it, it is starting to get affordable again.

Two things are bound to happen. Oil prices will come down; I have never seen a bubble that did not break. The housing bubble did just that. A few years ago there was a "dot com" bubble, remember all of the Super Bowl Commercials? Before that gold prices soared and fell back to earth and so on. Yes we have a huge issue with oil dependence but as the press says a lot of this is on speculation. The demand for oil has not gone up as much as the recent price increases have suggested. When this bubble does break inflation will come down and with it long term fixed rates.

Banks are starting to make money again. Think about this for a few seconds. How many times as the Federal Reserve lowered their interest rates in the last year? This is what controls short term money such as credit cards and car loans. Now go on line look at credit card rates and car loans, they really have not changed very much. So the banks are borrowing money at a much cheaper interest rate but the interest rates they are charging the consumer has not changed. The spread (which is how they make money) is huge. What happens now? As the banks get more and more profitable and on a solid footing they will start looking around. Well the mortgage business is at a low point so watch banks that have been on the side lines for the last couple of years will get back into it. Two major regional banks in Maine who for the past two years have been basically sitting on the sidelines have done just that. Putting my money where my mouth is, I have been buying bank stock recently.

Of course everyone is concentrating on what happened at Indy Mac. One needs to look at what Indy Mac did for mortgage loans. Most of them were either sub prime or Alt-A loans. These loans historically have a much higher foreclosure rate than full doc agency loans. There are other banks mentioned in the rumor mill looking at the same fate. When you look at their loan mix they have a high percentage of risky loans also. Dumb things happen to people/companies who do dumb things.

Where does this leave us? Oh what a great time to buy. Clients that have kept their debt down and have put aside some money are able to get deals that they only dreamed of a few years ago. Interest rates will come down and house prices will rise again. The same thing happened in the mid 80's and the mid 90's. If you take a mortgage out at 6.5% and refinance it at 5.5% the payment decreases about 15%. It does not make sense to wait until the rate goes down to that level as prices start to go up. Anyone who has a stable job that is not in a volatile business and does not own a house should it is that simple. One never gets anything at its low point but the up side to purchasing a home is getting greater every day.

I hope you enjoyed reading this; I look forward to your comments on it

Tags:
have we hit bottom in the housing market
oil prices and interest rates

Yes, there have been cycles like this before, but in my opinion, it will have a bigger crash than before because of how high and quick we rose in housing prices.  The bigger they are, the harder they fall.  I don't think we have hit bottom yet.

Bob, great historical lesson with alot of value to it.  I believe the rates have yet to settle and hope that we see a further reduction.

Sounds great but I think we are facing another year or two or more. The reason is the buyers are not buying and consumer confidence has a way to go. Sure it is becoming a buyers market but they are staying on the side line and the money is becoming tougher and will get even tougher. Homes are about to see the big drop that comes in the 6 or 7th inning of the games But that's just part of the cycle that has to happen. we have seem some siable drops in many areas and the hammer will fall on the others for sure. Just remember those last two cycles you mentioned I do remember them clearly.

The spreads are their for banks but the influx of capitial is not. Mortgages are not and we still have a large groupd to write off more loses and Europe hasn't come in with their numbers yet which will turn the currency exchange undside down. So, as much as I wish it was bottom or heading up, I can't see it and believe we just have to wait and be ready when things do change.

I did enjoy your article and yet I think we have a time to go.

Thanks for you for taking the time to comment on this subject in the Active Rain network.  AR is the new "cyber backbone" of the industry, and with it's uplink to Localism.com it is transforming the real estate marketplace. Agents who don't see which way the cyberwind is blowing are going to find themselves at a considerable disadvantage inside of three to five years.

Well, it seems to me that there is a ton of speculation about this subject. I think that we are going to be slow for a time though i expect home purchases to rise as consumers become more aware of their credit issues. After all it is a great time to buy a home!!! 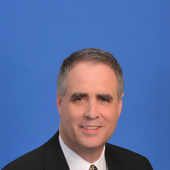 ActiveRain Community about 9 years ago
bookmark_border
Please answer this question if you have been selli ...
View more Recent Posts   arrow_forwards