Home > Blogs > Bob Black > Bob Black
bookmark_borderbookmark
We took a drive over to Jaswell's Farm in Smithfield, RI on Sunday. I wanted to throw some vegetables on the grill for dinner and it was late in the day on a Sunday so we checked Local Harvest to find out what farms in the area would be open. Turns out Jaswell's is open daily from 8-5. We were greeted by Allison, who gave us our container and showed us where to go. She explained that today would probably be the last day, as it was the end of the season, so we didn't expect much. When we got out there, we were happy to see that there were more than enough strawberries to fill our pint. When we headed back to the stand (which is so much more than a stand... there are all sorts of fruits, vegetables, baked goods, cheeses...), we picked up our squash, corn and peaches for the grill. We also made sure we grabbed a pint of blueberries (which we snacked on driving home!) and a delicious apple pie for later. Their fruit butters are amazing, too and we were sure to get a jar of apple.

Allison and her nephew Paul rang us up and we talked about the documentary "Vanishing Orchards" that our friend Rachel the video editor worked on a few years ago that features the farm.

It's nice to see a family working together and it feels good to buy produce directly from the source. Food tastes so much better when it doesn't have to travel so far.

Jaswell's is celebrating their 110th anniversary. I recommend a visit - take the kids and pick your own fruit! Blueberry season is right around the corner...

You got some pretty good lookin' berries for being the last days of strawberry picking and it sounds like you had great time. Thanks so much for sharing your trip and the Local Harvest Link, I have it bookmarked.

Ymm -- looks like a great day visiting the farm.  It is great to pick fresh fruits and vegetables.

Cynthia -  Thank you!  They were delicious berries and we did have a great time :)  Local Harvest is an amazing website... it's great for listing farmer's markets as well.

Joan - They taste so much better when they don't have to travel far, don't they? :) 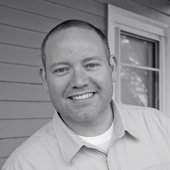