OK, let's get this right out in the open before the ranting begins...I love my partner Linda. She's not only my "Real Estate wife" as many have referred to us as, but she's one of my closest friends too. We have a great time working together, hanging socially, and just plain goofing off. We always joke that we're only married through Real Estate. But thankfully we go home at the end of the day to our respective homes. She goes home to her hubby of something like 100 years and me to my house plants and empty fridge.

Linda is one of the coolest girls I know. We sneak into concerts together, have been backstage for numerous shows, and work like a tag team wrestling act, seamlessly expanding on each other's statements when on listing or buying appointments.

Yesterday, Linda finally threw away her 8-Track and moved into the 21st century! She bought an Ipod!

So, we went to my home and got it all set up for her. I have all my music digitized and we started loading her Ipod with music.  She scrolled through my collection and loaded some Beatles, Creedence, Tom Petty and Fleetwood Mac.....Fair enough. I'm a big time Dead Head, 60's music lover and I like all her choices, even love them all.....What could be wrong with the Beatles? Or Creedence?

But Linda also like pop music AND Oprah (UGGGH!)...and Linda is one of those girls who is dedicated to whatever she's working on. So, in the 12 hours she's owned this 21st century gadget, she's been on Ebay searching for accessories and I'm certain there will be some ABBA on her Ipod within the next day or so!

Now, I personally don't care what she puts on HER Ipod. But I know she's searching for a speaker system and will eventually want to bring her "music" to the office and subject me to the likes of ABBA and, God forbid.....Air Supply?

I'm going to have to combat this atrocity she's perpetrating on humanity (and especially me) by playing some Hendrix or some really spacey Grateful Dead or....OH, I know! I'll play her all time hate.....Frank Zappa!

Yes, that's it! I've got enough Zappa to make her lose her mind!

But in the meantime, I'll settle  back with some John Lennon accompanied by Clapton, Keith Richards and Mitch Mitchell from the Hendrix Experience.......If that doesn't work, it's all Zappa, all the time!

Groups:
AR Comedy Club
Dedicated Bloggers
Musical Rainers - Not For DeadHeads Only
OFF TOPIC Goofing Off Club
Rock & Roll in the Rain

Ouch....Abba and Air Supply....they are cool! You should hear some of their songs re-mixed by great dj's into dance numbers...they awesome! The way I look at it, we all have our music tastes....and sometimes we have to endure others.....or you might be shopping for that Ipod accessory for her as a gift....a pair of headphones?

Like
Steve Loynd
Alpine Lakes Real Estate Inc., - Lincoln, NH
800-926-5653, White Mountains NH
Craig, I saw many a dead show in my day , and Gerry is still missed by many, I think you should buy the same model and color I pod and switch Linda's with your for fun. Steve
Like
Linda Jandura
Raleigh Cary Realty - Apex, NC
Realtor, North Carolina Buyer & Seller Specialist
First, let me say that my IPod will ALWAYS be better than Craig's not only for the obvious reasons in that it's newer, more powerful, sleaker, and Black, not white, but the main reason is that it will remain unspoiled by any Zappa songs. (although to call them songs is a long stretch!). Now, after 4 years of being subjected to my "daily dose of Dylan" to bring me down, don't you think it's about time I got Craig in an up mood with some fresh "Air Supply". Maybe I can even teach him how to dance to something upbeat..... yeah, right after he starts eating Mexican.
Like
Rudy Detgen
Troop Real Estate Inc. - Moorpark, CA
Realtor, Real Estate Agent, Homes, REO - Moorpark, Simi Valley

I had the privilege of shaking Frank Zappa's hand once when I was about ten years old.

You see folks? Did you see Linda's response?

Now you know what I put up with all day long!

Regarding dancing......I'm all danced out after over 200 Dead and Dead related concerts!

That is frickin sweet...BTW...the DH is a recovering Dead Head...LOL!!!

There's no such thing as a "recovering Dead Head".

We're like the Marines....Once a Marine, always a Marine." Craig: I'm shocked you are not a fan of air supply! "Making love out of nothing at all" is truly a classic. (not). What next??? I suppose you are going to tell us you aren't crazy about the band "Bread" either! Ha Ha!

Cecily - Now that you've found this blog, my secret is out of in the open! Yes, I'm a Dead Head. Over 200+ shows under my belt. I've met nearly all the band members and hung backstage at many a show. And while I listen to a wide variety of music, there is NO room in my musical tastes for the likes of Journey, Air Supply, Pop music, Disco, Gangsta, Journey, and, did I mention Journey?!!!

I'm with you on this one Brother. Now about the Mexican food thing - man if I dodn't eat Mexican food I'd waste away to nothing (not that I could afford to drop a few burritos worth), Thanks for the update on Merle. I'll see if I can find something to post. They made some beautiful music together.

Gene - Thanks for stopping by! So sad to hear about Merl's passing. I've met him on numerous occasions and he was always such a gentleman. One of my prized possessions is my autographed "Blues From the Rainforest" poster. I've got it framed in my office. Merl may be gone, but his music and my memories will last forever. Good morning Craig! Last week I put Journey in your head, and after your comment about Air Supply in your blog, I can't resist...You know you're lovin' some :

(chorus)
Lost in love and I dont know much
Was I thinking aloud and fell out of touch?
But Im back on my feet and eager to be what you wanted

Like
Steve Bush
Maxfield Real Estate - Moultonborough, NH
603.455.7428 - NH Lakes Region
Hi Craig, I really enjoyed this post by you and your significant other's input. It does have a touch of me and my real estate wife's own musical battles. You see I have tube equipment which she can see when sitting in the living room. This infuiates her because the tubes aren't enclosed in a metal jacket, and this isn't even the beginning of this propblem...she can see the wires to all the different components in the back, but you have to have it open to diffuse the heat. Now onto the music. She appreciates lots of what I have, which is in the thousands of LPs and CDs as I've been collecting since the late 50's. My jazz and rock collection is my pride and joy, but last week I put on a piece of classical music which really bothered her. That was a first. So as you can tell I feel for you with a similar story. My wife would never get an Ipod, so I'm safe with mine. She likes her music soft and smooth and I like it edgy. I guess that's what make the world go round :)
Like
Laura S. Baker
First Weber Inc - Lake Mills, WI
Realtor (920) 728-4118, First Weber Inc

Stumbled on this by accident.  Too funny to see you and Amy having fun this far back!  Ha ha ha!

Laura - Yeah, I knew Amy way back when she was just a little puppy! And, look how we've both grown... and how much better our blogs look now too!

Laura - The truth is the truth. Even I won't read my old blogs! 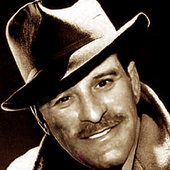