Amendment 5 to have its day in court TALLAHASSEE , Fla. – July 17, 2008 – If Florida voters pass Amendment 5 in November, property taxes will drop by 25-40 percent, but the amendment must first face a court challenge. A Tallahassee judge will hear arguments on Aug. 13, and the Florida Association of Realtors (FAR), which supports the amendment, anticipates a favorable ruling. In the court case, amendment opponents, including state Sen. Mike Haridopolos (R-Indialantic), claim that taxes do not get lowered under Amendment 5, they simply get paid in a different manner, and Florida lawmakers must find other ways to raise the money. That creates a challenge for Haridopolos, the next president of the Florida Senate, since he would have to find state budget money to compensate for the property tax cut. Finding additional revenues would probably include at least a 1 percent increase in the state sales tax, but other measures would also be considered. Former Senate President John McKay (R-Bradenton) leads the charge in favor of the amendment, along with FAR. Haridopolos has challenged McKay to a series of debates around Florida to discuss Amendment 5 prior to the election. Haridopolos says he has scheduled debates on the following dates at 1 p.m. (except St. Petersburg at 1:30 p.m.); however, it’s not clear if McKay will be available for all of them: July 22: Broward Community College July 28: Edison Community College ( Fort Myers ) July 29: Valencia Community College ( Orlando ) Aug. 4: Florida Community College ( Jacksonville ) Aug. 6: Santa Fe Community College ( Gainesville ) Aug. 7: St. Petersburg College (Seminole) Aug. 11: Miami-Dade College Aug. 12: Indian River State College ( Fort Pierce ) Aug. 13: Gulf Coast Community College ( Panama City ) Aug. 18: Tallahassee Community College “We look forward to a thoughtful and candid discussion with Mr. McKay on the merits of Amendment 5,” says Haridopolos. Other industries opposing Amendment 5 include: Associated Industries of Florida, the Florida Association of District School Superintendents, Association of School Administrators, Florida Farm Bureau Federation, National Federation of Independent Business-Florida and the Florida Institute of CPAs. Source: Pensacola News Journal, July 17, 2008, Bill Cotterell © 2008 FLORIDA ASSOCIATION OF REALTORS® 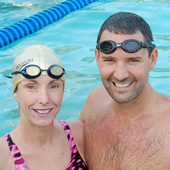 If you are interested in buying a home, we will: • Determine the price range of the home you qualify for • Find and show you the homes that match your family's needs • Introduce you to the community and familiarize you with its schools, shopping, and opportunities • Inform you of the seller's requirements • Provide the financing information you need to make a sound decision • Provide historical sales data from our state of the art computerized real estate database • Present your offer to sellers and negotiate the best price and terms on your behalf