If you are considering a city to relocate, I encourage you to consider Huntsville Alabama.  In addition to being located in a county with one of the lowest unemployment rates in the state of Alabama, this is a great place to live and work.  If you don't believe me, see what others are saying about jobs and employment in Huntsville, AL:

Relocate-America.com named Huntsville as One of America's Top 100 Places to Live

Careerbuilder.com named Huntsville as One of the country's 10 Great Cities for Job Seekers

Salary.com listed Huntsville as the Country's Best Value for Salaries and Cost of Living There are a couple of upcoming job fairs for those looking for employment in our area:

If you are seeking employment or know someone else who is, you may want to check out some resources to search for Huntsville jobs or other useful data:

As always, I hope this information was helpful!

Mentor, You are really stepping things up here!  WOW...Huntsville sure is a great place to live, isn't it?  I'm so happy I landed here, for sure. 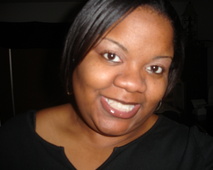 Great place to read and learn about buying and selling real estate, local housing market, and the city of Huntsville Alabama.