Relocate America ranks Kingman as # 12 in top cities in America to live.

Kingman is located in Northwestern Arizona at the Intersection of I-40 and  Hwy 93 to Las Vegas and Hwy 68  running  from Kingman through central Golden Valley, over the Black Mountains and into The Laughlin/ Bullhead City, Colorado River, Lake Mohave Recreational Area.  It sits at the base of the Hualipai Mountains at an elevation of 3400 feet. Year round climate averages 72 degrees.

Many new homes, communities and business's are spinging up everywhere. Hualipai Mountain Medical Center a $70,000,000.00 heart hospital will open in late 2008. In 2009 Wal-Mart is just one of many building in the Industrial Corridor (southern Kingman) and plans to build it's largest Distribution Center in the Nation.

Plans are in the works to build a Huge Outlet Mall on Hwy 93 just outside Kingman in Golden Valley on the road to Las Vegas.

These are just a few of the MANY reasons people across the country are moving to Kingman and Golden Valley, Arizona I know you're having some spectacular monsoon storms out your way, and wanted to share a photo from this evening, looking north toward Golden Gate Mountain in the Tucson Mountains.

Wow! thanks for sharing the awesome picture. Yes we had a couple of REALLY bad one weekend before last.

It's my pleasure!  I sure like this time of year.

The quality of life in your area sounds wonderful.  Being from TX I love the AZ lifestyle.  Your community sounds like a wonderful place to live! 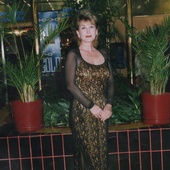 about 10 years ago
bookmark_borderbookmark
and We invaded Iraq...Why?
View more Recent Posts   arrow_forwards