The year was 1977, New York City, on the verge of bankruptcy, dreary, dark, crime was rampant. It was like a scene of Gotham City from "Batman." Real estate was so bad; the City of NY became the biggest landlord in the city as landlords abandoned their buildings, the city obligated to pick them up and keep them running.

So how is it that now, just 30 years later, the NYC real estate market is hotter than ever and everywhere you turn you see the slogan "I Love NY". Even if you're not from NY, more than likely you've seen this or a similar slogan such as "I Love John" or "I Love TX". How did this "I Love . . . " craze begin?

We even have a group here on Active Rain called "I Love NY".

You must have wondered how or when this started.

Last year, I've had the privilege of speaking with the creator of the "I Love NY" advertising campaign. It was a momentous time because it was now 30 years since he originally kicked off the campaign (in 1977). New York was running out of money and time. The New York State Tourism Department needed to do something to improve the image of NYC. With a very small budget, they hired a NYC advertising agency headed by Stan Dragotti and Charlie Moss. I had known Stan for several years and was most impressed by him having been married to supermodel Cheryl Tiegs. But when he explained to me how he created and developed the "I Love NY" ad campaign, I was totally mesmerized (sorry Cheryl).

His idea was to incorporate all of the Broadway actors and have them sing "I love New York". The ad campaign was a success; the jingle became NY State's official song, the "I Love NY" slogan stuck. The TV commercial became one of the greatest commercials of all time.

In less than 30 years, New York went from being a dark, crime ridden city ranked 8th most desired city in the US to visit, now the #1 tourist destination in the world. I don't have to tell you that real estate values have reached skyscraper proportions and NYC is no longer the biggest landlord in the city.

Stan Dragotti also went on to direct several movies including "Mr. Mom" starring Michael Keaton and "Love at First Bite" with George Hamilton as well as others. He also won the Tony Theater Award in 1978 for his "I love New York Broadway Show Tours." As for me, I am honored to know him and that he is of Albanian descent, which is how I got to know him in the first place.

Kim, it seems like your birth coincided with the re-birth of NYC :-) yes, Stan did an amazing job. I can't say how little he got paid (since the city was nearly bankrupted, let's just say it was very little). The investment/return ratio was extraordinary, probably 2nd only to the buying of Manhattan for $14 from the Indians.

Patricia, Corcoran Group? very nice. Come, Manhattan actually has the strongest international real estate market in the world right now. Europeans are flocking in and buying properties that seem cheap with their strong Euro. This is one of the reasons that the RE market is so strong in NY.

Peter - Thanks for sharing, it brought back memories.  I remember there was a  long period when I never visited the city.  I was so happy when it was cleaned up.

Peter- Thank you for the great blog. I never knew where the I Love NY campaign started- but I do remember the TV commercials with the Broadway actors and actresses singing the theme song- How could we not love NY!!!

Peter- thanks so much for the history lesson!!!  I was only 2 in 1977- but I still remember the song!!!  It's amazing to think how the city has changed in 30 years.  I remember when I was little we never went- it seemed like such a scary place filled with mischief, muggers and murders.  Now, I have no problems hopping on a train by myself and traveling through the city alone.  I can definately say- I LOVE NY!!!!

Peter, now I know the I love NY story. I remember it too way back when as very crime ridden and then it all turned around.

Peter, I REALLY do love New York.  I always wished I would have moved there when I was young and single.  I have the best time everytime I go there.  I did know they are still experiencing a very strong market.  Good for you guys and thanks for sharing the story.

Jennifer, I'm glad it's all cleaned up too. the bad part is now it seems that other areas are getting bad.

Barbara, I also remember the commercials, and at that time I had no idea who was behind them. I still remember them clearly.

Becky, you're so young, I guess it is a history lesson for you:-). Living history though, since Stan Dragotti is still very much alive and the "I

Gary, thanks, it really was pretty bad, I remember it. though I grew up in the Bronx, so Manhattan didn't seem as bad until I grew up and now see the difference.

Audry, thank you, the market is strong and please feel free to visit anytime :-)

Peter, I Love New York campaign is one of the best ever it still works. I watched neighborhoods change over the years. I think the Bronx will make a come back next. Everything goes in cycles.

The market in Manhattan has softened in the 2 quarter. We've become more of a buyers market. Luckily I'm still busy. NYC still is a bargain for Europeans.

Mitchell, thanks for your feedback, you're the Manhattan specialist here. NYC one of the highest RE markets in the US seems cheap to europeans because their euro is strong, amazing, huh?

Peter~When I was in NYC on vacation last month, I bought   I

NY   t shirts for all my kids!  This was a must buy for me!   I never thought about who started it....but it's nice to find out.

Pam, very nice, I'm sure your kids are wearing them proudly:-) can't say that I blame them ;-)

Peter, I absolutely LOVE the city and remember the dark, sometimes scary days and neighborhoods you had to stay out of.....I never knew when or how that campaign started but I am thrilled when I'm in the City now, it has really undergone a transformation!  And I remember the commericials as well...they were terrific.

Carole, thank you. I remember at times learning from experience of which neighborhoods not to go into:-) I made it though. Luckily for us suburbanites, we're close enough to visit anytime now and we know how much better it is now so we could appreciate it more.

Passing the love around, sounds like a great theme for you Peter....  "I LOVE PETER".

Very cute post.  I really love it, since I too have a special Peter in my live, My dear husband, and I very often say "I LOVE PETER."  tooo....   Thanks for the sharing as usual.  Have a great week.  Lu

Lu, email (your Peter) a copy of the pic :-) btw, did you notice that Stan is Albanian?

Hi Peter, That campaign was one ot the best ever! I lived in Manhattan (all over the upper East side and a brief stint in the village) for 19 years.... 5 of those years as a young single.  What a wonderful experience! 2 of my best girlfriends still live there.

Nice to meet you!

Ginger, thank you, it was great, it still is. Good that you have those friends, you always have someone to come back to and visit ;-).

Hi Peter ... Yes, the city really went through some changes during this period.  The artist who designed that logo is Milton Glaser.  He also did the logo for the Brooklyn Brewery.  If you check out his site you will find quite a few recognizable images.

Marie, Stan's marketing creativity followed by Milton's great logo, really did a lot for NY. Thanks. 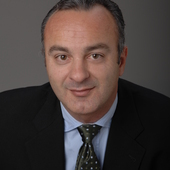