As I left Jason's Deli last night after having my turkey sandwich on rye, I noticed the latest issue of NSide magazine. Now, here is a genuine caveat -

A small portion of this article may be offensive to you. That is certainly not my intention. But in addition to giving Robert Elder some accolades, I simply had to point out this other possibly offensive thing.

So, first, as I was flipping through the magazine I happen to see a picture of Robert Elder. Those of us here at the Heritage market center all know Robert Elder. He, his mom and business partner, and  Renee run The Elder Group. They are studs. They did $15 million last year.

The article talks about how Robert came from nothing and is now the man that he is today. It was an awesome story. You will find the story about him going to his first sale here in San Antonio (in the Dominion) in a borrowed car, since he himself did not have one, particularly interesting.

But what sparked my interest more than anything else was this quote:

For those who wonder how Elder manages to run two successful business without burning both ends of the candle, he cites The E-Myth Revisited by Micahel Gerber as a valuable resource. "That book literally changed my life," he says. "It's all about systems, and how you an multiply yourself exponentially. You take yourself out of doing 80% of the monotonous stuff and focus on the 20% that makes you money. That's how I'm able to do all these things."

Why is that of particular interest to me? I am a part of that system that Robert talks about. I am part of the infrastructure that handles the 80% so that Robert can do the 20% that allows him to be successful enough to end up in this magazine. That makes me feel good. Robert is a smart man. He sees what I am hoping so many other agents see.

WARNING - here comes the other part I was talking about.

Ok, what caught my eye as I walked by were the words "Dick Tips." Now, I do not typically have a mind focused on that kind of train track or humor. But this was in huge letters on the front cover. I then noticed that this article was about a man who owns a funeral home. After reading the actual article I realized that Dick Tips is a man - not an article. The article was about the man.

In my humble opinion these probably aren't the greatest large font, bold, bright colored 2 words to string together on the cover of a magazine. Nor is it a wise decision to write a sentence within the article like "However, it wasn't long before Dick started to expand."

Um, well ok then. Maybe it's just me, but if I owned a magazine or was a journalist, I couldn't put that into press. It did graby my attention though. 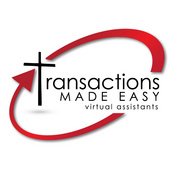