For the second day I have come into the office to discover that the Internet is down.  This is serious.  I feel like I am on a deserted island and living my worst nightmare.  Sure, I have my trusty Blackberry Curve, but it's just not the same thing!   A mobile browser is okay in a pinch . . . but honestly, on a mobi-web browser you can't open 117 tabs all at once to make your lunch reservations, monitor the market, read the blogs, comparison shop for that fabulous new pair of shoes you want . . .

After yesterday's taxing day of isolation virtually incommunicado I even had dreams last night about someone stealing my car with both of my laptops on the back seat.  In fact, I think that's why I have a headache this morning.

It would be bad enough losing my beloved Bimmer, but having someone abscond with my laptops?  Are you kidding?  Just call the men in white coats for me if that happens!  I use both a Macbook Pro and a small Windows based laptop at the same time, and both are jazzed out with lots of really great toys and s

oftware.   They sound like a concert hall and have incredible HD graphics and you really need to see the great things that they can do.

I run my laptops side by side and they are both wirelessly connected to the Internet.  All day long I work back and forth between them and I don't go anywhere without those laptops.  Seriously, if the boat were sinking I would put the life jacket on my laptops first.

My love affair with technology goes way back.  When I put together my first computer, I only knew one other person that had a home computer, and that was because computers were his profession.  The monitor was the size of a bread truck but the screen was the size of a fish bowl, and in one color.   I can't tell you how thrilled I

was when I upgraded from one 5 ¼" floppy disc drive to two.  Whoo hoo!  I think I threw a keg party.

I think I may be one of the first people to have had a home theater.  Back in the day when the first big screen televisions came out, I was all over it.  I am almost embarrassed to tell you how much I paid for that giant box of chips and black plastic with its beautiful 42" jumbo screen.  Then I bought something incredible to go along with the big screen:  a macdaddy Bose surround sound system that brought the theater into my home.

At the same time I saw what I knew had to be the next great thing: plastic discs the size of LP records with movies and music videos of concerts.  They were called laser discs and they were recorded on both sides.  The machine that played them was about 10" high by 22" square and the technology to rotate the laser beam to side B was not yet developed, so we used "rock, paper, scissors" to see who would get up and flip the disc so we could continue watching the movie.  (Children make wonderful little gophers.)  The video and audio on the laser discs were unlike anything we had ever seen.   The technology for laser discs was so new that it was hard getting the discs and we were on a list to receive new laser discs as they were released.

When CDs came out, you can bet I was all over that, and imagine my delight when, a couple of years later,  I bought my first portable CD player.  When satellite dishes went to 18", I was one of the first to jump on board.  How liberating to never be held hostage by the cable company ever again.  No more outages.  No more waiting days for service.  Sixty-four channels of crystal clear video.  That may have been one of the happiest days in my life.

Then it was the digital camera.  I bought a Sony for an ungodly sum and used it to take pictures when I was doing market studies so that I didn't have to wait around for photo processing.  Time management at its best.  The pictures were saved to a 3 1/2" floppy disk and you had to tote a box of floppy discs with you if you were going to take a lot of pictures.  I could fill six or seven disks on one market study.

My first mobile phone took up half of the trunk space in my car.  If you were away from the car, the horn would blow when the phone rang to let you know.  We did not even have caller ID back then and it was fairly pricey to have service, not to mention spotty service, but it was the cost of doing business.  I think the first truly mobile one I had weighed about eight pounds.  It was a Motorola Bag phone and was about the size of a man's shoebox.  About ten years ago I went cellular exclusively.

You can imagine how much I love my satellite radios.  One in each car, one in my bedroom, one at my desk, and I have a mini one the size of an iPod that allows me to listen to commercial-free radio between the house and the car.

My house has structured wiring, which is really great.  There is a hub that feeds distributed audio and video from your choice of technology (satelitte, DVD, VCR, security camera, etc.) to every room in the house.  Each piece of equipment has its own channel.  Door bell rings, I turn to channel 87 and see who it is.  Great when you're in the shower.  You can go to any room and have your choice of watching any of the media by simply turning to a different channel on the monitor. Clearly I have a serious addiction to technology and need help.  They say that the first step to recovery is admitting you have a problem.  Is there a group for this?  When the Internet comes back up I think I'll go on-line and see where they hold their meetings.

In the meantime, I'm heading up to the mobile phone store to get a couple of

those wireless pc cards so that I get back on the Internet and have it on the go in the car.   While I'm there I'm going to pick up Lojack for my computers.  Wonder what they have in that's new?

Hello, my name is Deborah and I am addicted to technology.

Ha ha this is a funny post. Not sure is there is a help group out there but there must be someplace. All the best.

Deborah, what a great reminder of the timelines.  I was just thinking about when I went from using one floppy drive to two (remember Wabash diskettes?)

Unfortunately no cure to be found. But do you have one of the new Iphones yet. THis thing can do everything your bad phone and computer used to do, an 1 percent of the size and cost. Why didn't you just wait 15 years for it? Just kidding

I love the iPhone buy don't love the provider's plans.  After 11 years with Nextel I switched to T-Mobile and have reduced my $700 a month phone bill down to $330.  Can you believe it?  What a savings.

Thanks for reading my post, Elizabeth.  Enjoy your day and for goodness sakes . . . go and have fun and sell a home while you're at it!

Great post. The iPhone browser is awesome and I find myself actually using the phone over the laptop in some cases. Of course if I had one of those new 17" MacBook Pro's maybe I wouldn't. 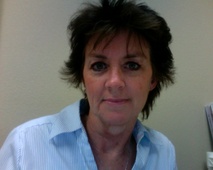