your countertops and granite islands to make sure they are safe.  An Opinion from Steve Gladstone Chief Inspector Stonehollow Fine Home Inspection Inc. and 2004 National President of the American Society of Home Inspectors.

Never underestimate the power of the New York Times. My phone started ringing yesterday morning before I could even bring in our copy to read. The Times reported that many people were questioning the safety of countertops made from granite that are being installed across this country in upper scale kitchens and baths that may contain bits of radioactive ore embedded in the stone and might therefore be emanating radioactivity into your kitchen.

Say it isn't so...my clients are asking. I've received calls from people who are in the process of buying a $10,000 dollar hunk of Brazilian granite with beautiful swirls of color wanting to test it before it is delivered to their home...to a very pregnant mom who has been feeding her kids and hopefully not harming her fetus at the large island and countertops they installed in December. Another woman said she wasn't scared but was concerned that she had never really tested her home for radon in the past so she felt the basement and the countertops should be checked.

Our kitchens... the very center of our family homes, could they really be dangerous...? are we truly under attack from a new source...? can we really be exposing ourselves and our families to lung cancer as we hang out in our kitchen and sip coffee and read the Times ?

Most scientists I've spoken to say probably not. Most of the hunks of granite are not likely to be emanating large amounts of radiation, but as with anything coming out of the ground there is certainly the possibility and hense the newest panic.

All across Fairfield county in Connecticut and in New York as homeowners read the Times and researched what little there is on the internet, they found little to indicate how large a problem this could be.

As a home inspector who has been performing radon tests for over 23 years I must admit that till today I never gave granite countertops much thought.  But we really have been adding more and more of this material to our homes over the last ten years including my home.

We have a seven foot by 6 foot slab of in in our kitchen that covers a large island with a preparation sink in it. It is the focal point in our kitchen and many a party has been served directly from the island.  I admit I've had many very nice breakfasts sitting at a stool alongside of it.  Ours is all shades of brown and beige and the patterns are quite pretty. It's dramatic to say the least. But is it safe?

Well, when I told my wife about the article in the Times, it wasn't long before one of my radon machines was sitting on the granite and the radon test was underway. So far its low but the typical radon test takes a good 48 hours and we'll be keeping our fingers crossed.

So what should you do... first of all don't panic. Most of the scientists I've been chatting with from the National Radon Organizations AARST and even William LLope who has been all over the internet on a video vignette about the emanations have all said that most countertops are probably safe but that with anything in great numbers there are bound to be some that are potentially dangerous.

Uranium deteriorates as a radioactive element and becomes radium, radium deteriorates and becomes radon gas... radon gas is one of those odorless, colorless and tasteless gases that we test homes for when someone is typically buying a home.  The device for testing must be approved by the Environmental Protection Agency and the best person to hire for testing is someone who is Nationally Certified. National Certification requires taking a course over several days and passing a rather difficult written test.

A list of Nationally Certified testors can be found at www.AARST.org  and more information about radon at www.epa.gov.

Testing is relatively easy, but you must be willing to close your home up for 12 hours before the test begins. Doors and windows must be kept closed except for normal exit and entry and the house must remain that way for the 48 hours when the test is taking place. No large exhaust fans can be run and no fires in the fireplace. The good news is the A/C can be run as long as it is re-cycling the air in the home only.  The test is not dangerous and if done properly will give you a pretty good idea if your home has a problem. Radon Testing generally costs in a range between 150 to 250 dollars depending on the method and the equipment used.

For more information about this and to find out what the next week will bring, listen to my radio show tomorrow from 8-9 am  streaming on the internet at www.wstcwnlk.com or on the radio at wstc/wnlk 1400 and 1350 am in the NY & Fairfield County Areas.

I have heard this TWICE today from AR. Hmmmm. interesting!

Would it disipate with time if it were emitting radioactivity? Strange.

Thank you for the post. Let us know what your kitchen radon level is!

We are ready to remodel our kitchen and my wife read the same story. There can be radon in granite in small amounts there is information is on the internet regarding this subject. The secret on how do you mitigate the radon from a home with granite open a door or a window. The home is mitigated every time a door or window is open. If it will kill you it would be as a result of old age.

Thanks Bethann & Lou...wow what fast comments.

Opening a window is an answer but in winter where I live that will not be a longterm response, especially with the cost of heating oil this winter...but that's food for another blog!

We'll just have to see how many countertops really have a problem...

Maybe they should start testing the granite before it gets delivered to the market, and installed in your home?

Uranium does not normally occur in nature in concentrations that are dangerous.  Tons of raw ore must be processed to get enough radioactive material for it to be dangerous.  I'm sure that a granite counter top might make a Geiger counter tick a few times, but that it about it.  Yesterday I had two calls from folks wanting their counter tops tested.  I had to tell them that I had no idea how to test a counter top as no protocols have been developed by anyone that I'm aware of.

Also we need to take into consideration that this article was in the NY Times, and they are about one step above the National Enquirer!!;)

Scotty ! Nice to hear from you in the field... the calls keep coming in and I keep stalling people who are panicing over this granite thing. In CT we (the home inspection community) are talking among ourselves trying to figure out the best way to test a bathroom or a kitchen with granite slabs. We are asking the state radon office for their ideas as well. My counter top island was 0.6 pci/l  so I won't be ripping it out anytime soon... I do believe this is much ado about nothing but we are keeping an eye on it. Best Regards, Steve.

Just wanted to let you knoe that I fave 8 tests running right now.. 3 came back today and so far all 3 have been very low. (about .5 pCi/L)  One of these tests is from a recent Brazillian Slab Area. So far so good. Ill post again when I get the rest of mt tests are complete.

Jeff in the last week we have performed about 6 tests on various surfaces... all have been low.

Stephen , Chuck here, as we all know education is key to all issues and problems we find in buildings.

Chuck, and all that are following this thread... after many tests all of which have come back low, we are advising people before they test their countertops they should test their lowest potential living space first or in tandem with the radon test of a piece of granite. I feel the NY Times article was truly blown out of proportion and caused a kneejerk reaction. The danger seems to point more typically in the basement for radon, and the likelihood of being hurt by your countertop seems to be raised only if you are bending under it and wack your head. Better a headache than lung cancer.

I remember years back, people were concerned about radioactive material in smoke detectors, heck being out in the sun is more hazardous, perhaps all this fuss will increase demand for quartz countertops..

Thought I would post this video I found off a home inspectors site and see what the feed back is.

Also this is a comment made on you tubes site where the video was posted.

this video is a lie granite cannot hold on to radiation during the mining, shiping, cutting ploishing, and by the chance it is brought i to your home it has been proved by the marble instatute of america 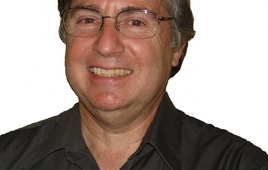