It may not seem like rooms full of dust, loud power tools, or the rough structure of exposed beams could be soothing, but home renovation can actually be a very therapeutic process.

Heathrow homeowner Diane Samuels knows firsthand that remodeling offers a way to mark the passage of time and measure the changes that life can throw at us.

She and interior designer Jeannene Edwards of Interiors Defined, Inc. had already been formulating an update when the unexpected loss of Diane's husband put everything else on hold. Eventually, though, Samuels picked up the phone and said she was ready to move forward with the remodel.

With help from Jeannene and her son, contractor David Edwards of David Edwards Construction, Samuels is now living in a new version of her 15-year-old home.

"It feels entirely different now," says Diane. "Before, there was a lot of white. It was cold, and this is so much warmer." Besides that, she says despite the large rooms and high ceilings, the 3,300-square-foot home offered very little storage space. So, David made sure he incorporated extra storage closets into the remodel."

The mother/son Edwards team enjoys working together, and David credits his mom with the artistic vision while he "puts together the nuts and bolts." He says that as general contractor, he was fortunate to gather a talented group of subs with the skills necessary for such precision tile work.

Samuels says the master suite is now her favorite room. The rooms share a two-sided fireplace with glass screens. Directly above the bathtub, the warmth and sparkle of the flame is framed by the designer's intricate mosaic design. The mantel is comprised of tiny squares of Emperador Dark marble. Floor tiles are natural, tumbled marble. The countertops are Emperador Dark marble, while a rope stone accent border frames the design.

Contrast these changes against the earlier room, which Jeannene describes as "Aztec" with a color scheme of mauve and teal and white. As the tile work progressed, they also removed copper-colored mini blinds and replaced the ordinary bathroom windows with cubes of glass blocks, which offer a delicate distortion and privacy.

Jeannene says her approach was to use some of the primitive colors in the existing architectural details and give them a more pronounced role, so there were more tactile elements. The very fact that the home was so contemporary actually, in fact, dated it, and Jeannene wanted to add a Tuscan flair. By combining color and texture into the remodel, the designer was able to overcome the strong modern lines of the original.

A good example is the slate bathroom that is literally paved in colorful, hand-cut tiles that give the room a grotto sensibility. The black veins against the green stones combine with the geometric precision of the space to make showering here a pleasure for sight, as well as touch. The countertops are tiled in shiny copper tiles, which appear to float in a layer of glass.

In her years of experience, Jeannene has determined that the quickest way a home dates itself is by the colors and elements of the bathrooms and the kitchen. So, along with the bathrooms, the kitchen was taken apart and re-invigorated.

Features of the new gourmet kitchen include a wine cooler, a stacked double dishwasher, and a kitchen island with a countertop stove. Pendant lights have replaced the harsh fluorescent ceiling lights. The cabinets are light cherry, but the island is painted in a glazed putty finish. Copper mosaic glass tiles form the backsplash, which surrounds the room and also matches the facing on the bar that separates the kitchen from the great room. Black Galaxy granite countertops complete the new look.

In the end, the original marble floor was gently and carefully restored to a much more lustrous version of its old self.

Samuels is very pleased with the result. She stayed put and made changes, partly because the home held memories for her, and because it is in a beautiful location. Now that she has updated and changed the interiors, next year she plans to change the landscape, too.

When she's finished, this home, which overlooks the signature hole of the Heathrow Country Club, will have a remodeled pool enclosure, a koi pond, and an outdoor hearth for friends and family to gather and enjoy each other's company.

Show All Comments
Steve Dalton
219-465-8352 - Valparaiso, IN
Northwest Indiana Home Builder
David, we haven't seen a post in a while.  Would love to have you return to AR and write some more on new construction issues.
Like
chevron_left
Older Post
Back to Top
Newer Post
chevron_right
Rainer
4,049 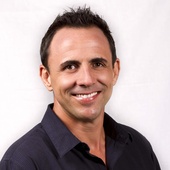