Every year the Colorado Parade of homes has a free Realtor day.  Myself and my partner in crime, Amanda Hendershot, attended this year's Parade at Solterra located near the new exit at C-470 and Alameda.  Usually in the past Parades, each home has a different style to it or theme.  After the first 3 homes I thought I was walking through the same house.  They all had a Tuscany, Mediterranean feel to them.  All of them used the dark woods for trim, and had alot of the wood beams on the ceilings.  What I really liked was the outdoor living space of all the houses, which seemed like a reoccurring theme through each house.  Many of the kids room were decorated awesome and so cute.  One thing that I did notice, was there was a not a separate theater room like there had been in so many of the previous parades.  I also notice that it was very windy, and I feel that location will be windy not because it happened to be windy that day.

Each house had a greeter and what was really amusing were the prices.  I had one lady tell me: " This home will be up for auction September 15th ( or some date I can't quite remember) and the opening price will be 2.5 million."  I was thinking to myself, ok lady I am sure there is just going to be a boat load of people lined up waiting to pay a million dollars over what this home is worth.  Ok maybe not a mil, but at least 500K.  Alright well here is the kicker, hence the title.  I did pull this from the Denver post, but check out what is going on with the homes from last year's parade.

Builders from the 2007 Parade of Homes, at Southshore near Aurora reservoir, have had a tough time selling amid the tough economy. Of the five homes, two are in foreclosure and three have yet to sell, according to public records:

Pretty funny huh?  I would hope the builders if the 2008 Parade have a back up plan.

But for what it is worth, if you happen to be on that side of town and have a couple of hours to mess around it's worth taking a look.  You can get some great decor ideas.

Good luck to the builders of the 2008 Parade of Homes! 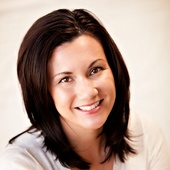