Ringwood is part of the Ramapo Mountains and borders the New York State. Our town is the first town in Passiac County bordering Bergan County.  We are approximately 30 miles from New York City.

A little history of Ringwood: In the early 18th century Ringwood was recognized because of the iron found.  By 1765, Peter Hasenclever used Ringwood as the center of his Iron operations.  His company worked out of three main locations including Ringwood, New York and Nova Scotia.

From the early 1700's to the late 19th century Ringwood Manor was used to house many of the well-known iron masters.  During the American Revolution Robert Erskine managed the iron making operations from Ringwood and became the first geographer and Surveyor-General for George Washington.  Erskine also helped to produce maps for the Centenial Army; Washington visited the Manor House several times. Ringwood iron was used in the famous "Hudson River Chain", and for tools and hardware for the army. One of the Manor's last owners was Abram S. Hewitt, ironmaster, lawyer, educator, member of the U.S. Congress, and Mayor of NYC. The Manor is a National Historic Landmark.

Tours of the Manor are sometimes given and are especially nice during the winter holidays.

Ringwood borough is located in Passiac County NJ.  The population is approximately 12,900 people and the average sales price for a home in Ringwood for 2006 was about $452,000.

If you are looking for a home in Ringwood, one of our agents can certainly help!  We can be reached at http://www.neighborhoodpros.com/;  http://www.lakelandrealtyofnj.com/ or call 973-616-8966.

If you or someone you know is looking to move in or out of the Ringwood New Jersey area, please give us a call. We would be happy to follow-up with them!!!  Your business is always appreciated! 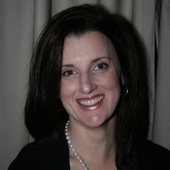 We are currently looking for seasoned agents who want to take the next step in their career. Check our website out at www.neighborhoodpros.com and give me a call 973-616-8966