Inc.com announced its 2008 list for top cities for doing business and Auburn-Opelika ranked 5th. This is up from the 2007 list where Auburn-Opelika was 17th.

The news comes as the City of Auburn announced the addition of two new businesses within it's Auburn Technology Park West. German company Aluminum Technology Schmid and Seltzer Automotive have both begun groundwork on their new sites in the Park. The companies are projected to bring around 2500 additional jobs and $300 million in investments to the area.

Here is the entire top 10 list of small cities for doing business: 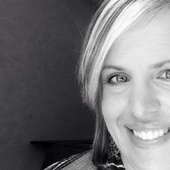